Esquerra Unida's candidacy also brings together Esquerra Republicana, Els Verds and Guanyem Dénia through coalition Acord ciutadà He has presented this morning a full list of female faces. Number one, María José Gómez-Sapling, EUPV said about "Why three women head list? Because this group believes that the time has come for the woman to visualize". The CCOO trade unionist also said that these women represent "diversity" within Acord Ciutadà. And affirmed "We want a Dénia free of evictions and feminist. We are from the left". 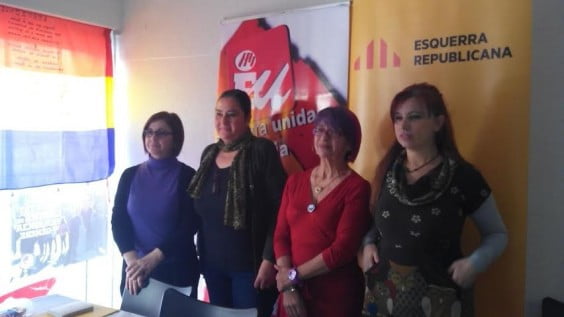 Gomez-Pimpollo was chosen in late January in primary as a candidate for mayor of Dénia. Now the list is completed by María José Juárez of Guanyem Dénia belonging to the Platform of People Affected by Mortgage (PAH). It will be the number two. Third is Mónica Díaz, feminist and activist PC. The number four is the local coordinator of EU Vicent Ferrer, followed by Óscar Ramírez, regional coordinator of the party.

The number six on the list of the candidacy that brings together the Acord Ciutadà coalition is Patricia Miñana, from Esquerra Republicana. Miñana, in turn, is the mayoral candidate for Jesús Pobre. The archaeologist said during the informative breakfast that "the Valencian language and culture should not be belittled or left in a corner, in a dark room, like an old dish that does not work. Jesús Pobre has to be the bastion of our roots, of our tradition and our authenticity as Valencians ".

The following candidates in the list of EU to municipal are Reme Martínez, Manolo Micó, Esther Muro and Álex Miñana, among others.