El Garbí Dénia He lost again at home, this time against Alcasser by 21 25 to. The dianenses died away gradually by physical wear passage of minutes due to the large number of low dragging equipment.

The Dianense coach could only have 9 field players and two goalkeepers, as the rest of the team is still in the infirmary. Just start the game the dianenses began to send on the scoreboard but with very small incomes.

They were imposed defenses to attack and this almost the entire first half remained so. David Salanova's men were within the party and with much equality on the scoreboard. With the passage of minutes and the dianenses began to have trouble overcoming 3-3 visiting team defense.

This blocking offensive players Garbí Dénia was used by the visiting team in the final minutes of the first half. Break was reached with 3 goal deficit for dianenses (8-11).

At the start of the second half Dianense game improved and soon got a goal. From minute to minute 10 20 came the worst moments for dianenses players. They had many errors, with little success in front of goal. His rival, was gradually opening the scoring differences to take an advantage of 8 goals, failing 9 minutes left.

The dianenses tried everything to end, but all they managed was to reduce the differences, reaching the end of the match with the score at 21 25.

Tomorrow Garbí Dénia players play again in Denia and they will against Elda at 18: 00 h at the Municipal Hall of Dénia. This match corresponds to the ninth day of the Autonomic 2ª. 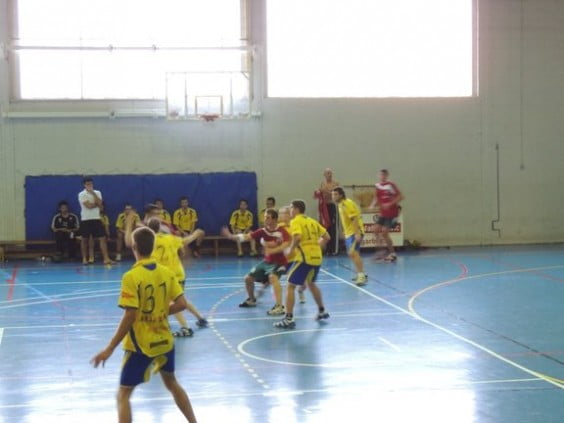 Garbí Dénia players during a match.