Garbí Denia was on the verge of giving the surprise in the party that disputed in the pavilion of Dénia against the third classified one of the league, Agustinos, (25-26)

Recovery frontline players set Dianense was instrumental in improving the collective game. Return to track a player like Raúl Fluxá contributed much to other colleagues.

.
From the beginning, the men of David Salanova were focused and did not let the collegiate team take a big income in the score that for many minutes round the 2 goals.

Dianense defensive intensity caused Augustinians players with problems of 6-0 exceed raised by David Salanova. The dianenses players were very into the game, reaching the break with the score of 12 to 14.

The second half did not start very well for dianenses where failures attack caused the visiting team was from 6 goals in the scoring 10 minutes (14-20).

From here the coach of Garbií Dénia, asked for time out, ordered the game again and the team was refocused on the match. As the minutes passed, the dianenses got strength and were cutting differences in the score.

In the final minutes I risk a lot to turn around the marker. attack errors made that could not complete the comeback, reaching the end of the match with the result 25-26 were committed 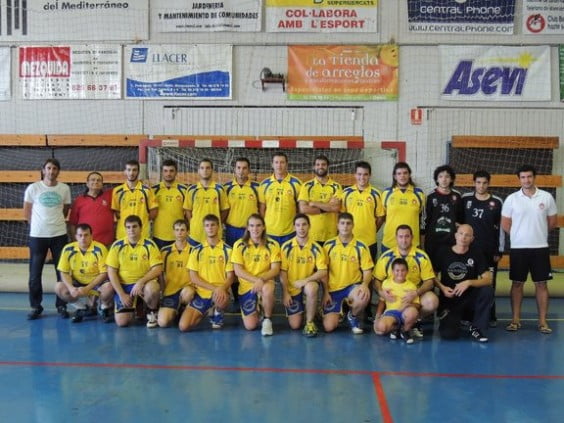