Last Sunday concluded the second of the four stages that make up the Mediterranean Equestrian Tour. The Oliva Nova Equestrian Center hosted the Spring MET II competitions with a very high participation and with the presence of great riders from the world scene, among them the number 1 in the world ranking, the Swiss Steve Guerdat. Frenchman Julien Epaillard continues to add victories. 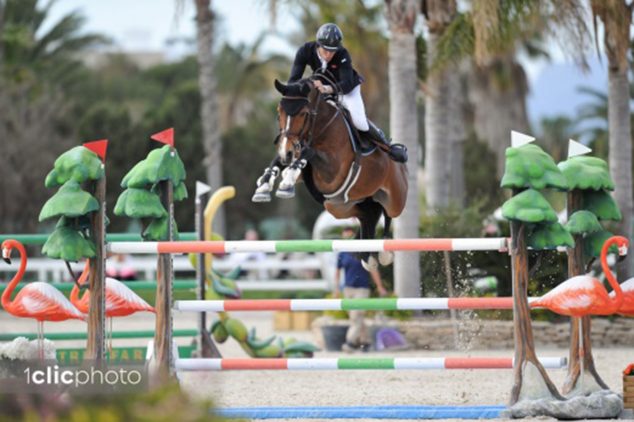 The famous international circuit continues to achieve participation records. This second stage of MET had the participation of 296 riders representing 41 nationalities and with 1000 horses approximately. The tests of young horses had a high participation and after contesting the competitions of each category throughout the 3 weeks, the regularity awards finally went to the Danish Pernille Tribler and Zucchero in the 5-year category, for the Belgian Axel Vandoorne and Sensei Z in the 6-year category, and for Frenchman Nicolas Delmotte with Denerys du Montceau in the 7-year category.

The Bronze Tour held 3 great prizes, one every Sunday, at a height of 1,40m. The victories were for the Frenchman Benjamin Ghelfi, the French Laura Rayjasse and the Venezuelan Fernando Plaz. Last week, Spaniard Juan Carlos Rodriguez touched the triumph of the Bronze Tour, but for a few hundredths he finished in second position.

In the tests belonging to the Silver Tour, they highlighted the performances of the Brazilian Marlon Modolo Zanotelli who won the Grand Prix in both the first and third week. Italian Francesco Turturiello was the winner in the second week.

The most important tests of MET II, ​​were the three Grand Prizes belonging to the Gold Tour. Once again the Brazilian Marlon Modolo Zanotelli stood out, winning the GP of the first week. The victory of the second Grand Prix went to the Frenchman Julien Epaillard, who has been invincible since he arrived at the MET facilities, since in addition to his victory in the GP, he also managed to win the 2 ranking tests of the second week. The last Grand Prix that closed the MET II tests went to the Belgian rider Constant Van Paesschen.

Next March 10 will begin the third stage (SPRING MET III) of the prestigious international circuit, which will run until March 29, with another 3 weeks of intense competition. In the MET III sports program there are again 9 scoring tests for the
Longines Ranking and a total of € 430.500 that will be distributed in prizes. The entire sports program can be seen at http://metoliva.com/en/riders/