The director general of Ports of the Generalitat Valenciana, Emilio Miguel Obiol Menero, met yesterday afternoon with the members of the Advisory Port Table of the Port of Dénia and with the mayor of Dénia, Vicent Grimalt. The meeting has served to show the capacity of the concession companies. “We are a port that has international importance and the most important one led by the Valencian Generalitat, with 2.000 berths. It generates 1.026 direct jobs, more than 6.500 indirect jobs and 12 million euros induced per year ”said Gabriel Martínez, president of the Advisory Board. 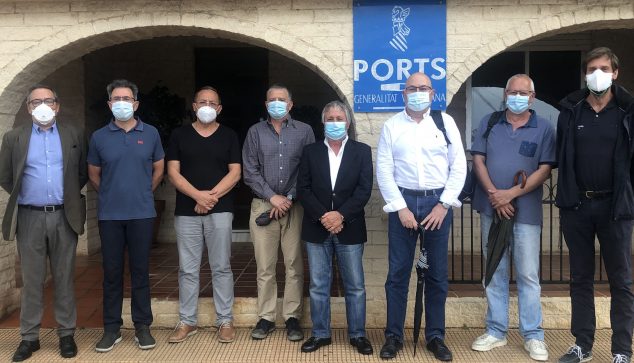 The Advisory Port Table of the Port of Dénia was established in 2006, but it has been in recent years when it has been cohesive and made an effort to find common and positive interests for Dénia and its region. Since March 14, with the declaration of the state of alarm, the port of Dénia radically decreased its activity, "But we have kept the entire staff and we want to continue doing it, since it is an act of responsibility"Martinez commented.

"In Denia I feel at home and I really appreciate this meeting. This is a necessary forum to learn first-hand about the economic situation of the concessionaire companies integrated in it and the social impact of the port in Dénia and its region. The Dénia Consultative Port Table is a very practical tool to facilitate public-private collaboration and it seems to me that it is an original, practical and exportable model ”Emilio Miguel Obiol Menero pointed out. “We are very grateful to the team of the General Directorate of Ports and very satisfied with the result. Our intention is proximity and collaboration with all institutions ", said the president of the Dénia Advisory Port Table.

Jordi Muñoz, beach coordinator: «We require the awareness of each person, because our job is only to inform the regulations so that they apply them»
04 de julio de 2020