The Spanish Championship played last weekend in Murcia has been very fruitful for the athletes of the Marina Kite Perez Formula Kite team, especially for Dianense Kiko Peiró, who has obtained the place to be part of the national Olympic team . In addition, the Valencian Álex Climent was the undisputed champion of the appointment. 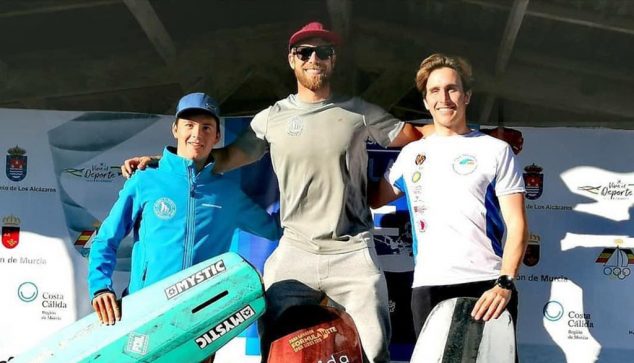 Peiró took the bronze with a very worked performance that allows him to manage one of the coveted places to be part of the Spanish Olympic team. This triumph is extremely important at a sporting and personal level, but also understood from an economic point of view, since the dianense will have financial help for being part of the Olympic team that will represent Spain at the 2024 Games in Paris.

Kiko Peiró begins a very tough stage right now, given that "he will be four years ahead of maximum work," as the team coach Manu Sanz indicates. In addition, Sanz recalled that “the Spanish team will consist of three girls and three boys, and our youth, Kiko, has one of the places in his possession, but he will have to show why he should represent Spain in the Olympic games and that's a lot of work. He knows it and is willing to give everything to be the best. ”

On the other hand, Álex Climent continues with his sports career and has again shown that he is in very good shape and the national championship of Murcia brings him, more if possible, to the Olympic team.

No less prominent has been the participation of Sebastián Ducos. This dianense has fought in the national since the first minute, and the triumph of his partner does not diminish the chances of attending the Olympic Games, since Ducos remains in the technification program that marks the National Sailing Federation and there is still much to decide Thus, this Marina El Portet athlete is more motivated than ever and continues to aspire to this great challenge of Paris 2024.