Dénia seeks to give the bell before the Elche-Ilicitano

El CD. Dénia seeks to give the bell at the Elche-Ilicitano, a game which takes place in the municipal area of ​​Torrellano to 16`30 hours and will lead the referee, Masero Vega.

The Dianense coach, has had a week to prepare for a game that is very complicated. Elche lead a totally opposite of the dianenses path. The team coached by Vicente Mir, takes 10 games without defeat. They are the same that carries Dénia winless.

The rival Dénia is a subsidiary team with young players but very talented. Mir will not count for this meeting with Gabriel Llopis, who has been banned for one match. Meanwhile, Guillermo Santosjuanes Garrido recovered already served his punishment. Doubts focus on Victor Baxauli and not just be one hundred percent. Could it be that the three were in the starting lineup.

Elche he reaches this day in third place and is characterized by a good defensive system, because it fits very few goals. Dénia meanwhile, hopes to keep a clean sheet. Everyone knows that scoring points is something that is essential to get out of the relegation zone in which the team is now immersed. 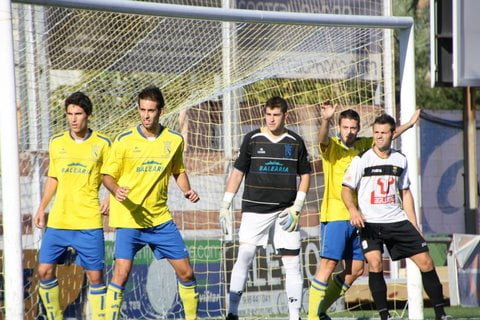