With their homework done and once their permanence in the Third Division was assured, Mar Dénia faced the penultimate day of competition and the last home game wanting to offer a victory to their fans.

The match began with a lot of rhythm and in minute 3 a good internship by Rober down the wing, put the ball on the goal line and caused the visiting defender, in his attempt to clear, to score at his own goal, making it 1-0 in marker. Both teams went on the attack and without a clear dominator, the chances came in both goals, becoming in some moments a true correcalle. 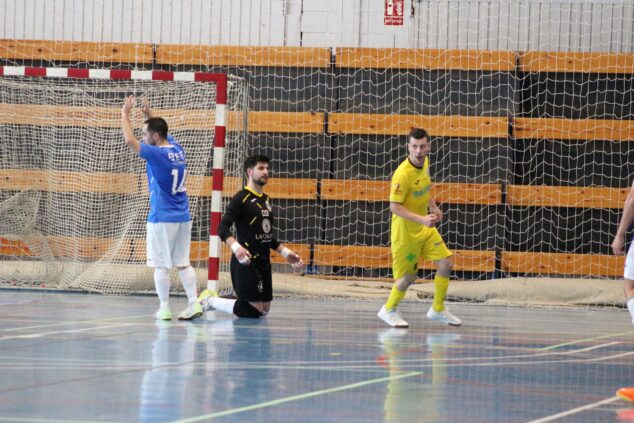 CFS Mar Dénia in the match against Torrevieja

In the 10th minute after an outside shot it was 1-1 and a minute later another shot from the edge of the box meant 1-2. The lack of forcefulness in defense weighed down the Dianense team that saw how in the 14th minute the 1-3 arrived, a goal quickly answered because in the next play Rober scored the 2-3 but a new defensive error meant the 2-4 in the minute 16.

Both teams continued to focus on the rival goal and in the 18th minute, Rober again scored the 3-4 that closed the gap but once again the visiting team responded on the next play with an outside shot that made it 3-5. There were 2 minutes remaining for the break and the fans were incredulous at the situation of the match and even more so when in the last minute Rober first got it 4-5 and Jordi made it 5-5 at the buzzer with which the break was reached. 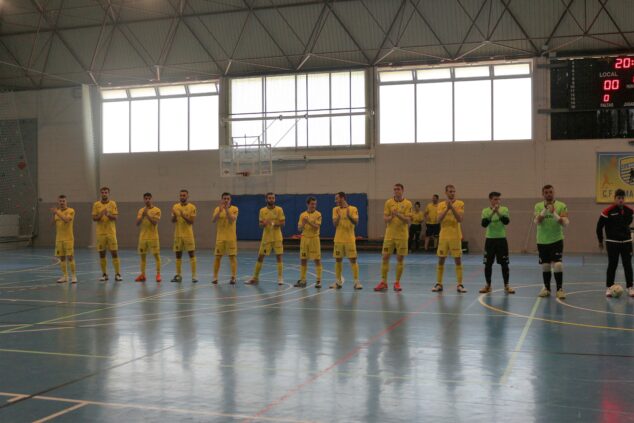 The second part was different and CFS Mar Dénia took to the court calmer in search of ball control. The pace of the game continued to be very high but David Jaen's players managed to keep the ball causing great physical wear on the rival. In the 23rd minute, after a good combination, Rober put the Dianenses ahead, making it 6-5 on the scoreboard.

Torrevieja continued to exert strong pressure all over the court and in the 26th minute, after stealing the ball, it paid off by scoring 6-6. They entered the last quarter of the game with equality on the scoreboard. In minute 31, after stealing the ball, Josep and Isaac launched a quick counterattack that the latter made it 7-6. Once again, Mar Dénia was ahead on the scoreboard, encouraged by a crowd that was beginning to enjoy the show. With five minutes to go, the visiting coach put a player looking for the goalkeeper on the track.
of the comeback, but a minute later after a loss of ball, Rober scored with a precise shot from his field the 8-6. The visitors continued to play as 5, but Mar Dénia, with a well-ordered defense, managed time and time again to stop the visiting attacks. With a minute to go, Rober again scored a new goal, closing a spectacular personal afternoon with 6 goals and putting the score at 9-6 with which the end of the match was reached.

Next week the Dianense team will travel to the town of San Vicente, where with nothing at stake now, they will face the last day of this season against the local team Hércules San Vicente, on Saturday 28/05/2022 at 18:00 p.m. hours.