CFS Dianense wants to give his fans their first league win

After last week's break for the Day of the Pillar Bridge, the competition in the Preferente futsal league resumes, with an important game for the CFS Dianense. The team that directs Salus Madrid will be measured, this Sunday, in the municipal pavilion of Dénia, at 17: 30 hours, at CFS Torrevieja.

In the spirit of the entire squad is to be able to give their fans their first league win, something that would come very well after the defeat of the first day. Having had a week of rest has allowed the recovery of some of the players who missed the game against the New Elda FS. 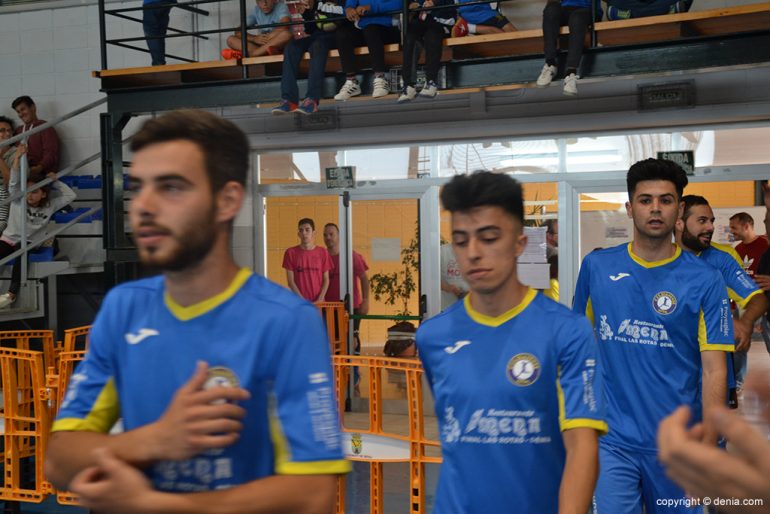 The Dianense coach, Salus Madrid, hopes that with the recovery of some of his men, the team will win in benefits. The image given in Elda was very good but everyone was aware that the casualties took their toll.

The opponent is a goal-scoring team

The rival that visits the municipal pavilion of Dénia is a team that is characterized by having a lot of goals. In fact he scored seven goals in his clash against Bel.liana FS, although that goal-scoring joy found certain defensive mismatches, as he conceded six goals.

It is expected that there will be a good atmosphere in the premiere of the home team, and in the fact that all their teams have played their games so they will be encouraging the first team of the club.

Schedule of matches for the CFS Dianense teams 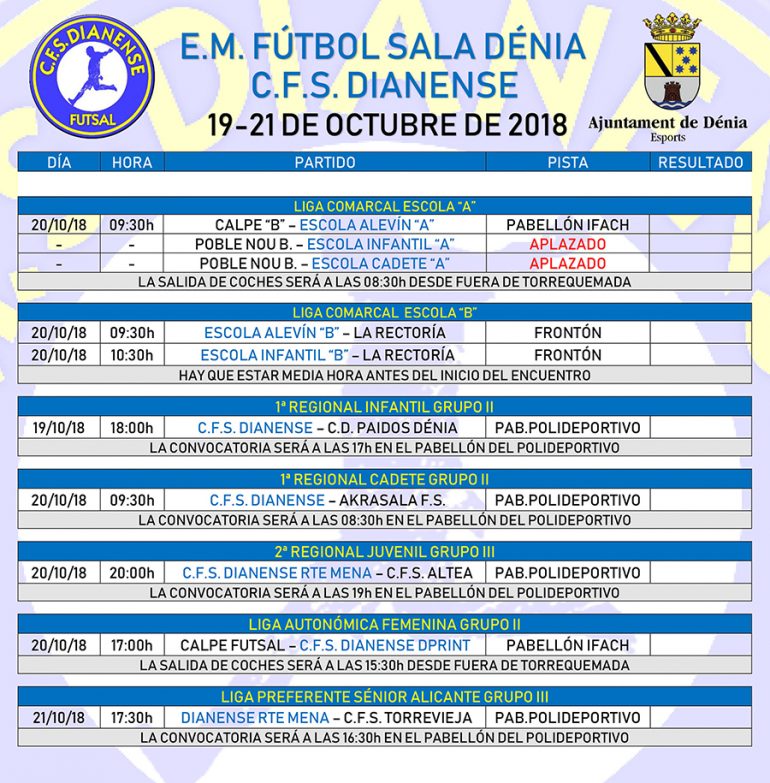