In the morning match that will be played this Sunday, in the Field Diego Mena, the CD Dénia it must impose its superiority before a complicated rival as it is the Tous CF. This important clash for both teams will be refereed by the referee Zambrano Parra. 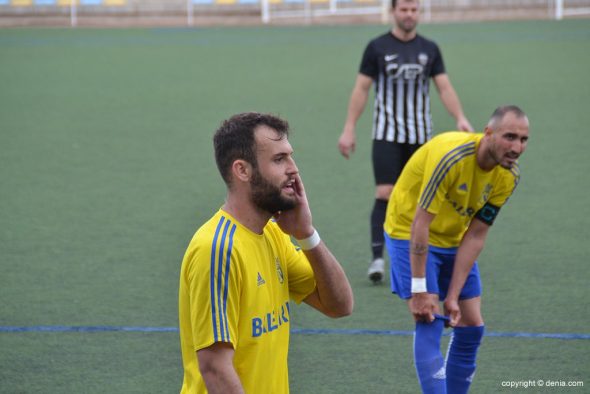 The week in the bosom of the staff grogueta was marked with the collection of other monthly payments owed to them. This was a great injection of morale for some players who now must focus only on the sports plane. It is necessary that the team does not lose the rhythm. Being seconds ensures playing the promotion promotion, so you can not give up points when playing at home.

The coach of the Marina Alta team has mentalized his men so they do not trust a rival who comes to Dénia with the intention of adding three points that will re-engage them to the head group. It is one of the last opportunities left to the staff headed by Vicente Mompó.

Dianense coach, Diego Miñana, has all his men available for this game. Some, as in the case of Panucci, are still not one hundred percent, but they are asked to make the effort to play. The season is at its key moment and now more than ever everyone must pull the car to achieve the common goal.

For its part, the Tous CF has become the second round of the championship in the real revelation. He has managed to add 16 of the 24 points in this second part of the league. He has suffered variations in his squad in which Jabu is no longer, a dangerous man who has left for Almazora. In this same week two new players have arrived to the Valencian set; the defender, Pepe Tejedor and the center, Héctor Martínez. It also has Edu Lopez, an illustrious Valencian who has a glove on his leg and who is the engine of the team.