El CD Dénia seeks to give his fans a new victory, this time against L'Alcudia, in the clash he will play this Sunday, in the Field Diego Mena, at 17 p.m. This meeting will be led by the referee, Caballero Carrillo. 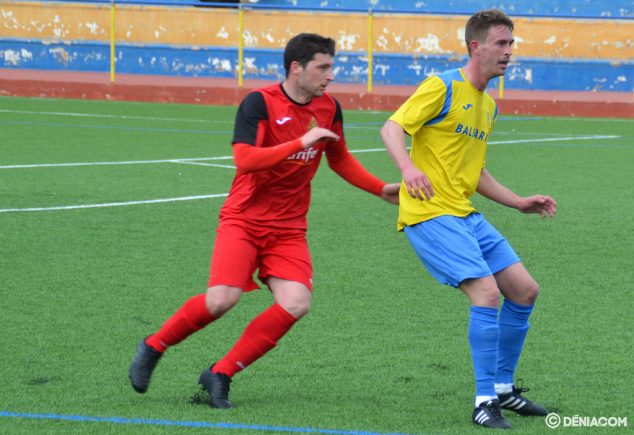 Jordi waiting for the ball

After the debacle suffered by the Dianense team before the Ports, the unknown for its followers is to know which team will be seen on the pitch. The irregularity of the men directed by Esteban is clear, they are able to break a Carcaixent, a very powerful team, but at the same time, to fall before the Ports, a team in the lower zone.

The motivation with which the yellow players face the match is to try to win for this way, in the absence of eight days for the end of the league, they are already saved and stop suffering in the final stretch of the championship.

In the face of this meeting, it seems that the coach can count on all his personnel. Only Juanito has been touched, who seems to be replaced by the blow suffered in his knee. In this clash, another of the incentives for the Dianense follower is to see the moment in which Faye is, the latest addition to the grogueta squad.

The rival who visits the Diego Mena field arrives with total tranquility, since he has nothing to fight for, nor does he reach third place, much less is threatened by the relegation places. He will come to get the three points for his own honor and in this way try to finish in the highest possible positions.