The City Council seeks to stop the alarm generated by the Santa Llúcia strike: only 7 of the 75 workers join

The City Council, according to the statements of the government team, continues to try by all means to avoid the strike called by the nursing staff of the Santa Llúcia public residence. Although they affirm that it is a right that these workers have and must be respected, they insist on resuming negotiations to reach a common good. 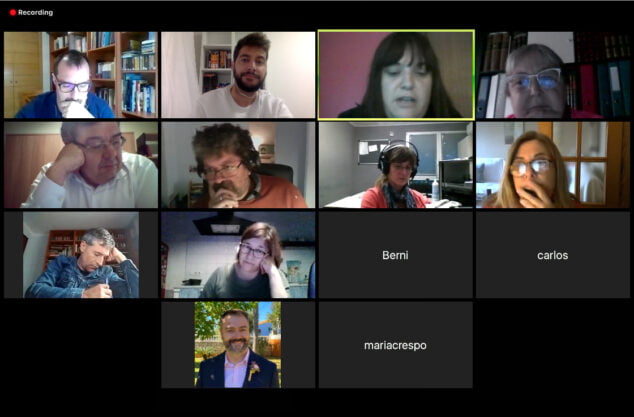 Press conference on the residence strike

This was expressed during a press conference called for that reason by the councilors for Policies of the Mayor, Elisabet Cardona, and for Social Welfare, Cristina MoreraAnd the Councilor for Finance, Paco Roselló, during yesterday afternoon. In it, they reported that they had contacted each of the workers who signed the strike call individually to respond to their demands. Similarly, they brought together the representatives of all municipal groups to report on the situation.

However, aware of the concern that this announcement provokes among the neighbors, they wanted to emphasize that it is a small team of the total number of workers in the residence, which is around 75. The nursing staff, despite admitting that It is an important department, it only has 7 workers who are the organizers of the strike.

Despite this, the consistory assures that it continues working to prevent them from continuing with this decision and insist that it was not the government team that broke up the negotiations, despite the fact that the nurses from Santa Llúcia indicated that they did not meet the deadlines that they themselves requested for give an answer.

Be that as it may, the truth is that neither the City Council can do much with the demands of this template, as reported by Councilor Roselló. Most of the 7 claims cannot be addressed as "technical reports are met". In this way, they are transferred that they will continue without a professional career, without immediate substitutions in case of sick leave, without the extra support worker and without a PCR machine, this last point since it is not recommended to spend it to screen as the workers intended.

However, the local executive has been willing to study nursing training despite the fact that the county council does not offer it, to compute meeting hours as working hours and to hire a new worker in the laundry so that, among other things, it ensures cleaning uniforms. In addition, they remember that they will obtain in the next payroll a financial reward for their work against the pandemic.

A new meeting will take place on Monday to see if the staff accepts this offer or persists with the intention of striking.