Very pleasant weather day, great atmosphere and 100 players who gathered at the XXV Ciutat de Dénia Tournament, as a reason for the festivities of this town. The participants were divided into Absolute tournament and Sub 16, being the stage of the competition the main artery of the municipality, Marques de Campo street. 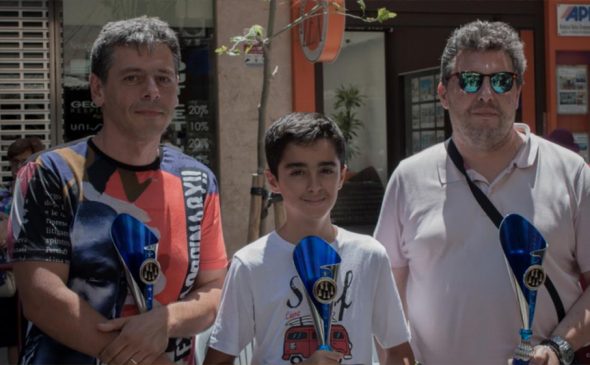 An excellent place to host the many participants coming from different points of the Valencian Community, Madrid, Castilla-León, I have even fans of this sport that has caught them vacationing in this area and have been encouraged to participate being from other countries as they are France, Russia or Sweden. A magnificent circumstance because it means that the language of chess is universal and is understood anywhere in the world. 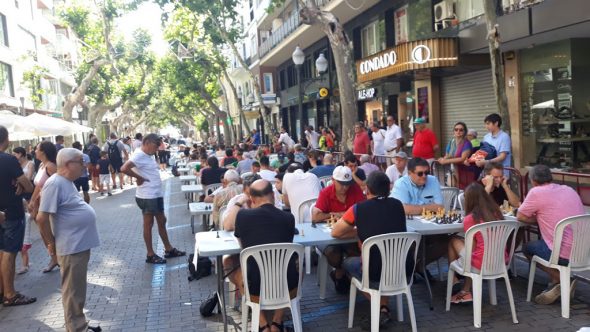 Seven rounds were played at 7 minutes per player plus an increase of 3 seconds for each play made. Two categories were established, absolute and infantile, reaching a great participation in both. For the good development of the tournament, there was the international referee Eduardo López Rodríguez and the regional referees Antoni Bertomeu and Francisco Morató.

In the absolute category were 45 players, who after the 7 rounds was the winner Diego Macias Pino, also recently proclaimed Sub-champion of Spain Sub 12 of games at a slow pace, this young player plays with the EVA Manises team, getting six points of the seven possible. Pedro Antonio López Mateo, FIDE Master of the Basilio de Valencia club, finished in second place, with the international maestro Luis María Campos Gambuti, from the Enric Valor club in Alicante, completing the podium. 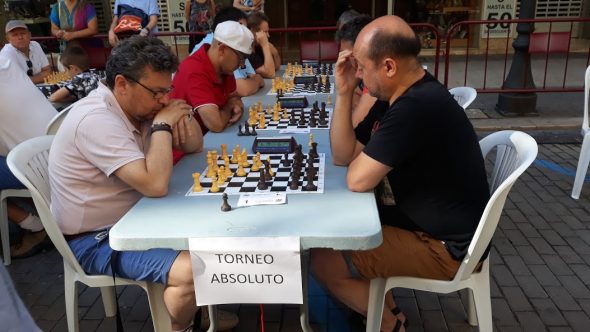