Game that the red team started controlling, thanks to launching good counterattacks fostered in a great defense. The rhythm of the game was set by the schoolgirls also in the positional game. This made the dianenses send at the end of the second quarter by 18 to 24.

After the break, the premises to be able to stop the game of the red team, planted a defense in the area with which they managed to win. The schoolboys did not know how to read that defensive system, they did not succeed with the shots and they were not lucky in their penetrations towards the hoop. Nerves soon began and they became decent, which they knew how to take advantage of the premises to win by 50 to 36.

It should be noted that the group of players from Paidos returned to recover a great game, although some of the absences of injured players in this second phase were missed.

In the cadet category, Paidos Dénia fell in his displacement to Algemesí by 39 to 31. It was a game marked by the casualties with which the schoolgirls who had five casualties appeared. This caused them to attend this clash with the minimum number necessary to avoid starting the lost match.

The team came out concentrated and playing as a team, which gave them the first advantages. However, from the third quarter on, the greater rotation of the rival team was noticed and they turned the score around. The match was even throughout the match, with minimum incomes for both teams.

The last quarter came with the score tied, but an 8-0 run, with three losses in a row by Paidos Dénia, made them miss the game.

The Paidos Children's team traveled to Alcoi to play against the unbeaten leader of the group, CB Joventut Alcoi, who made use of his older age and experience in the category to take the victory, 49-26. 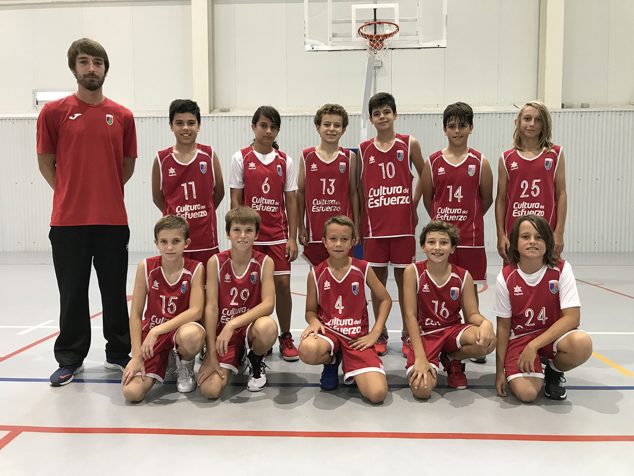 The game started very irregularly in attack for the college players, who did not find a way to score as a result of good local practice. Even with a little successful attack, in the defensive aspect they managed to reach the break at a certain distance on the scoreboard, 25-14.

In the second half, the Alcoi team intensified their attacks in positions close to the rim, using their much larger players to end up distancing themselves in the final result by 49 - 26.

It should be noted that the "red" players did not falter in their attempt to stay in the game and continue working on defensive aids, a concept that they must continue working to compete in the next games.

Game that the red team started controlling, both in counterattacks and in positional play, accompanied by a great defense, took the game to rest 18-24. After the break, the premises to be able to stop our game planted a zone defense with which they won the victory. And despite the fact that CD Paidos kept trying, when they saw that the attack had stalled, the nerves began and key baskets began to fail to break their zone defense.

It should be noted that the group returned to recover a great game, lost due to the losses that we carried throughout this second phase.