Dénia will have the pump track so demanded by CLIA teenagers

The Department of Sports presented last Wednesday the project of a pumptrack park in the Governing Board for its approval. The idea, proposed by the members of the Council for Children and Adolescents (CLIA), will materialize in sector C1 -in front of IES Sorts de Mar, between Hiades, Pleiades and Castor streets- and consists of a circuit for BMX bicycles , skateboards and inline skates. 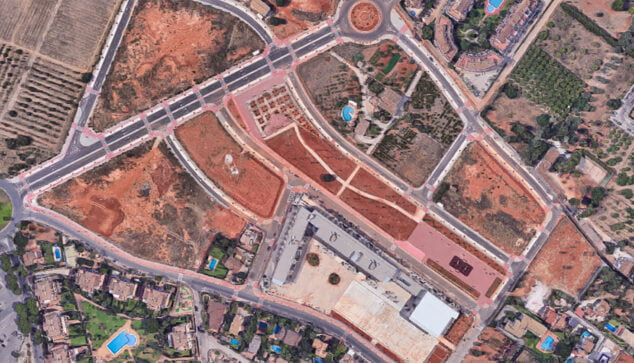 Approximate place where the Dénia pump track will be located

The work, already put out to tender, seeks to build an uneven terrain - curves, ups and downs - that mimics the environment of mountain biking. That is to say, the track will consist of a series of routes with different levels of difficulty in which it will be possible to circulate with the aforementioned means.

This will be an area of ​​"intense skating" of more than 410 square meters. The space will join the skatepark that already exists in the same location. The adaptation of the terrain and the signage has an execution budget of 90.000 euros and the works will have a maximum execution period of three and a half months.

Everything ready for the La Marina Cycling Volta 2023: stages and routes of the competition
03 January 2023
Comments

37.861
4.444
12.913
2.460
We use cookies necessary for navigation and traffic analysis. We do not use cookies that provide us with personal data or advertising cookies.
More optionsACCEPT
Manage consents