The Ministry of Health announced yesterday the outbreaks detected during that day in the different municipalities of the Valencian Community. Among them the name of Dénia appeared again, which had registered a larger outbreak than usual: seven infections of social origin. 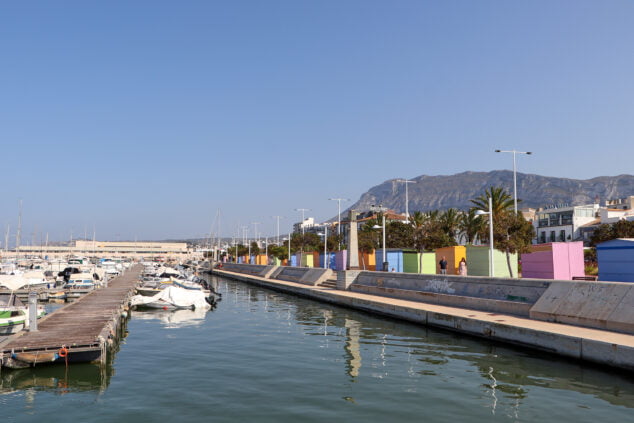 Sales booths in the port of Dénia

In addition, it was not the only outbreak registered yesterday in the Marina Alta region, but also in Gata de Gorgos there was a small outbreak that has affected up to 3 people. Also, as usual, of social origin.

Situation of the coronavirus in the Valencian Community

The Valencian Community has registered 2.291 new cases of coronavirus confirmed by PCR test or through antigen tests, which put the total number of positives at 81.367 people. By province, the distribution of new positives is as follows: 271 in Castellón (9.413 in total); 876 in Alicante (27.891 in total), and 1.144 in the province of Valencia (44.061 in total). Additionally, the total number of unassigned patients remains at 2.

Since the last update, 1.595 patients with coronavirus have been discharged, so the total number of people cured since the start of the pandemic stands at 73.507: 8.268 in Castellón, 25.153 in Alicante and 40.035 in Valencia. In addition, there are 51 unassigned discharges.

Thus, there are currently 16.623 active cases, which represents 17,77% of the total positives.

On the other hand, there have been 31 deaths from coronavirus since the last update, so the total number of deaths is 2.037 people: 295 in the province of Castellón, 709 in Alicante and 1.033 in Valencia.

Updating the situation in residences

At the Savia de Llíria residence, 116 positive cases have been registered after screening all the residents and workers of the center. It is one of the 13 residences that are under active surveillance of health control in the Valencian Community: 5 in the province of Alicante and 8 in the province of Valencia.