Dénia welcomed Torch Mini XII Olympic Jocs Marina Alta. The Olympic flame will preside over the games arrived in the capital of the region after a long journey from Calpe to Denia. 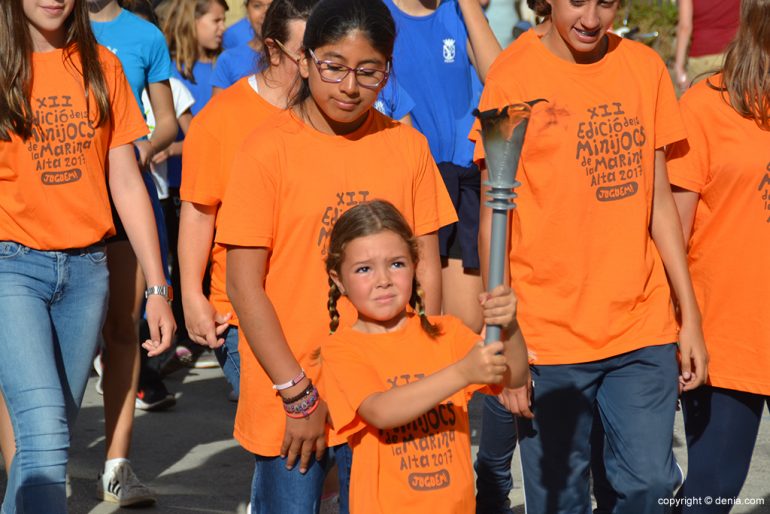 The Olympic torch arrived in Torrecremada to start a triumphant walk through different streets of the town until you reach the Consell Square. On the way he was escorted by who carried the Olympic flag four monitors of the Municipal Sports Schools.
Accompanying the students they were called different and Municipal Sports Schools were these eighteen relievers managers take over sections; Laura Alt (adapted sports school); Cristian González (wushu); Clara Serra (tennis); Carla Serra (athletics); Fiamma BENITEZ (soccer); Carla Morales (triathlon); Jonathan García (football); Natalia Inga and Raúl Nieto (handball). 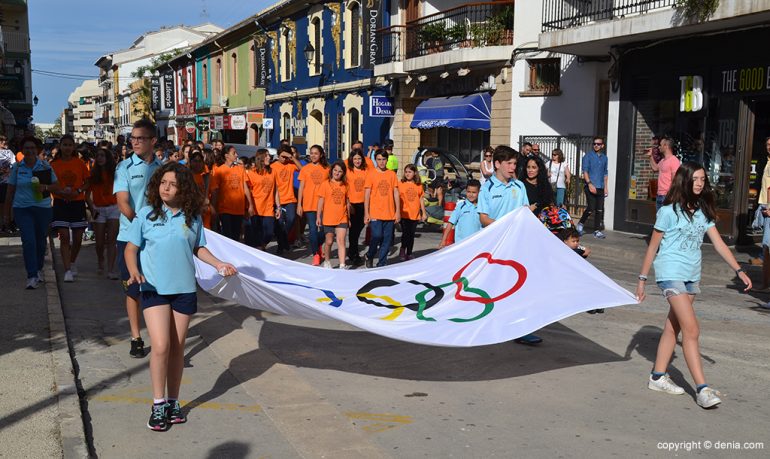 Three athletes were responsible for reading the manifesto of the Olympic flame. Among his welcoming remarks, he stressed the commitment acquired as dianenses representatives in games. The manifesto concluded with an invitation to all participants and the public, to share the enthusiasm for the sport and the municipality. 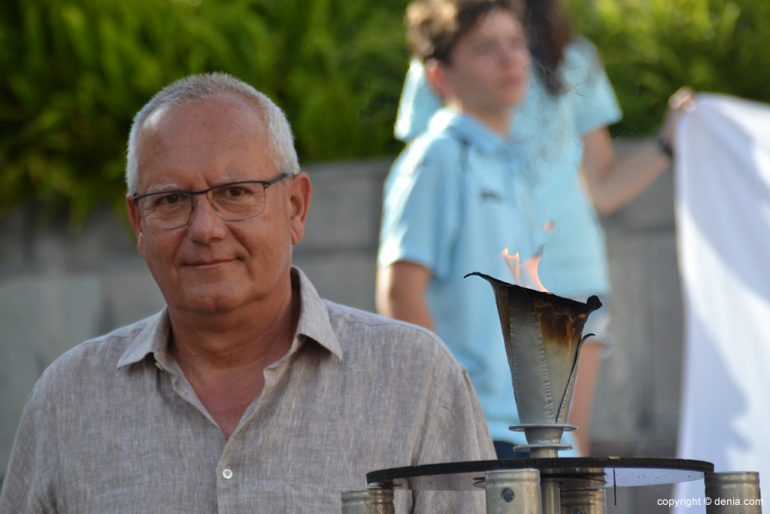 The mayor of Sports, Marián Tamarit, representing the council welcomed the torch and wish the best for all athletes "I wish during the weekend the best of luck in your competitions and enjoy this great event such as the Mini Olímpics of Upper Jocs Marina, lucky for all".

Tamarit, publicly thanked all volunteers, coaches, trainers and athletes headed for saying that "I hope you all enjoy these games that allow vertebrar the whole region through sports. The main protagonists are you keep that in mind".

The event ended with the firing of fireworks and confetti family photo in which rested relievers torch with authorities. 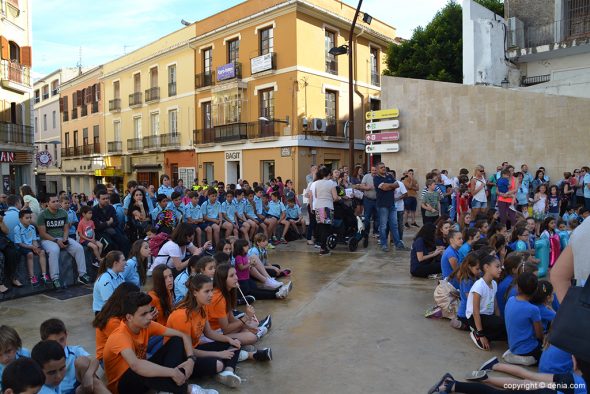 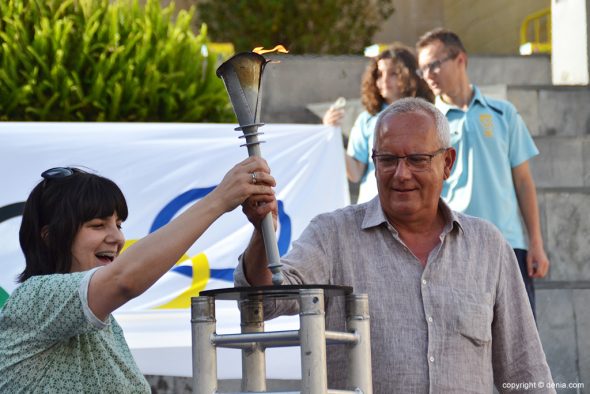 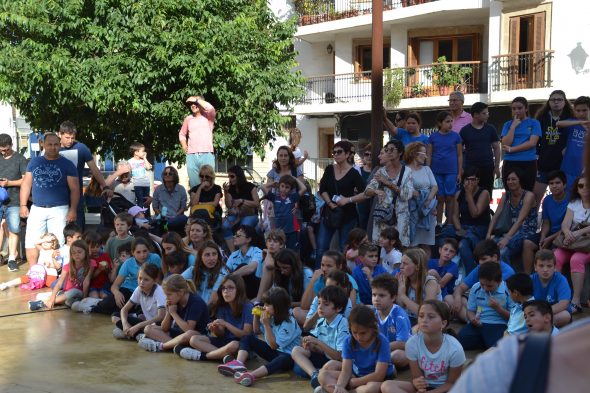 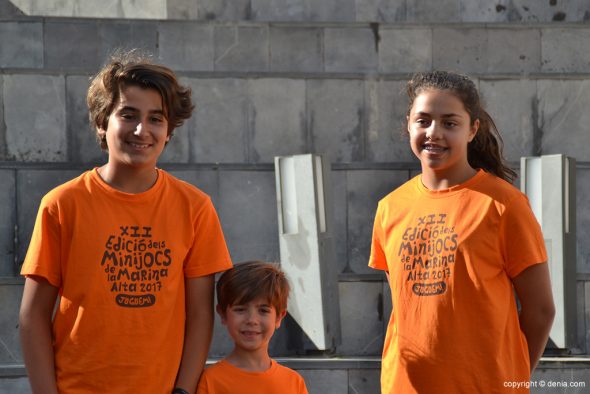 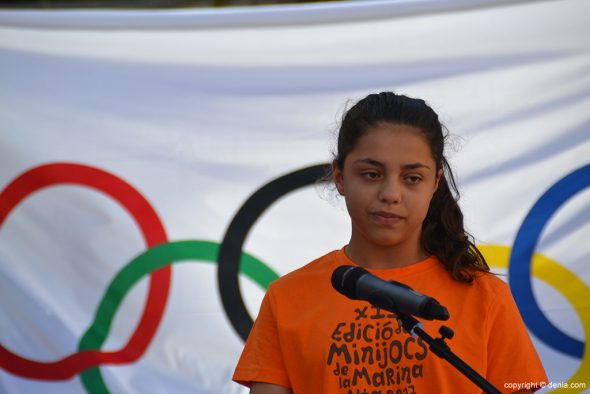 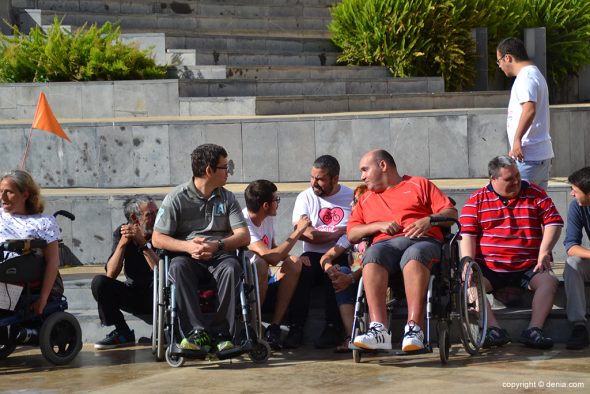 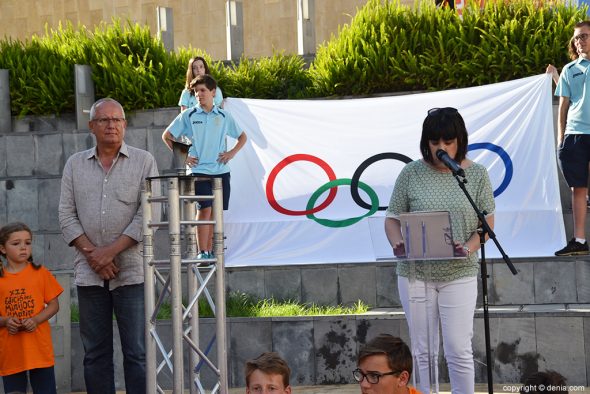 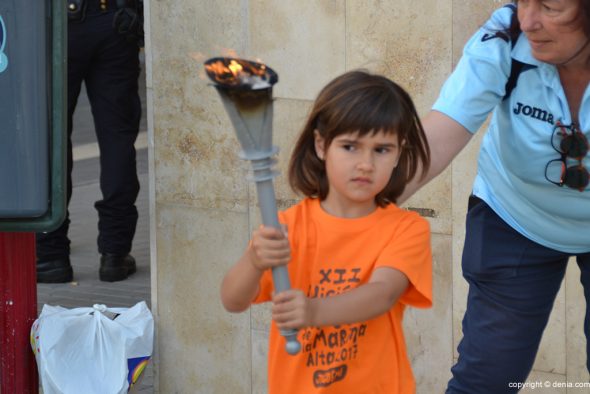 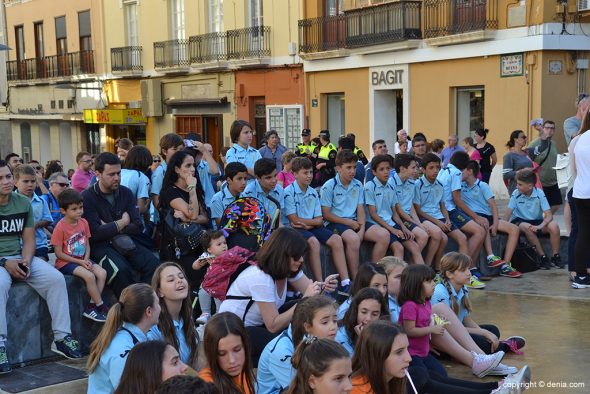 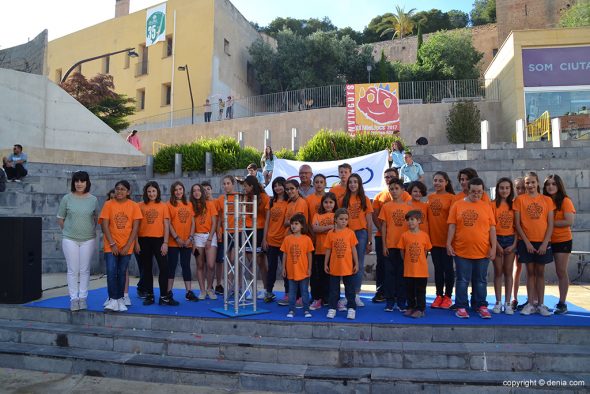 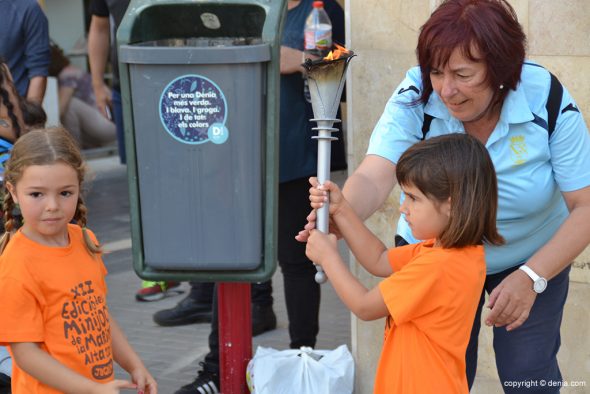 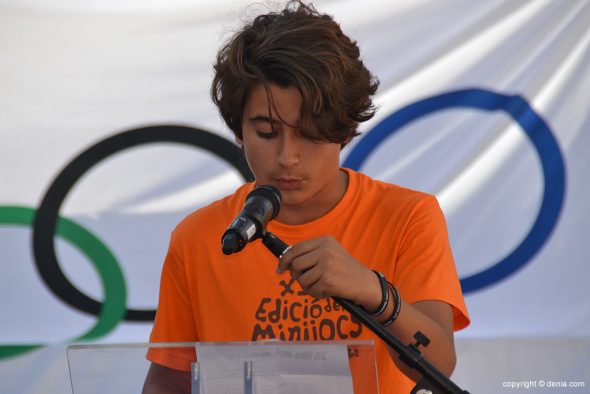 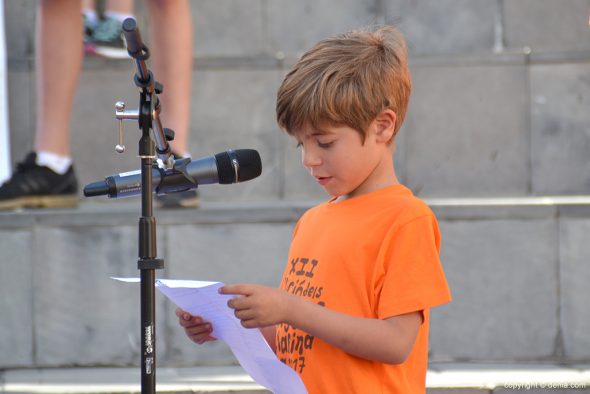 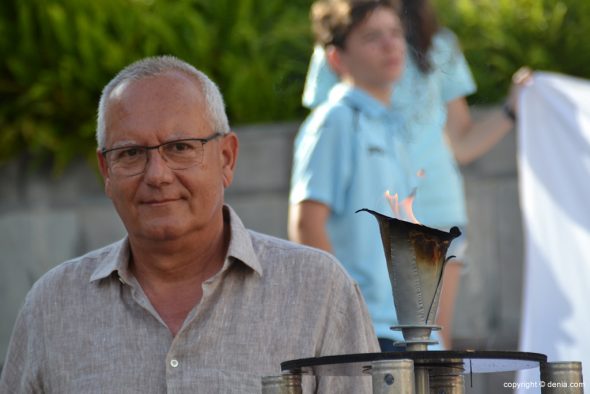 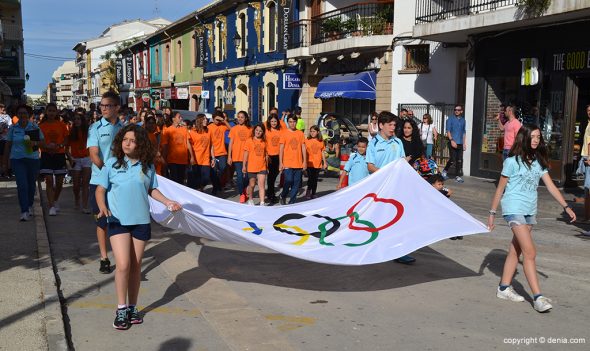 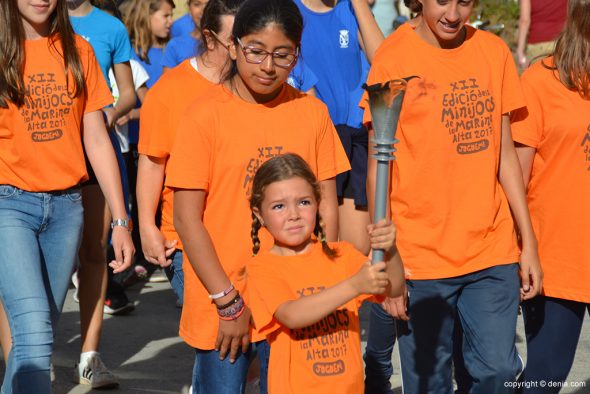