The Veterans Women's Team +50 of the Dénia Tennis Club He debuted with triumph in his career for the First Autonomous Division by defeating the whole of the Las Vegas Tennis Club.

In the singles matches, the dianenses, María Attard beat Pilar Samper 6/2 and 6/2, while Caroline Chapman, after a disputed match, fell against Maite Marco 7/5 and 6/3. Another victory for the La Marina Alta team was the one achieved by Cristina Romany against Paz Hueso, by 6/0 and 6/4. 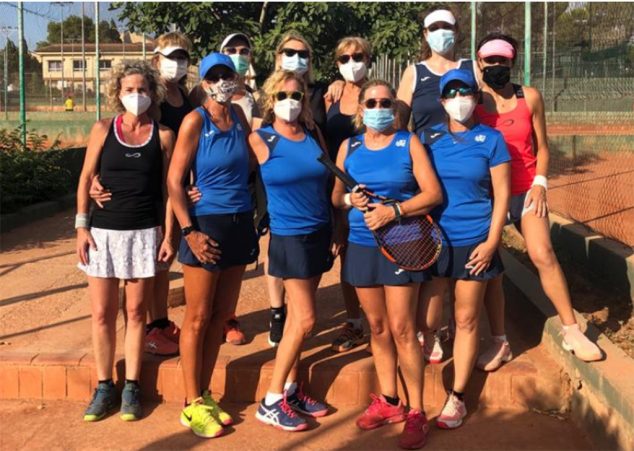 In doubles, they got the final points after winning the two dianenses pairs. Maria Attard and Caroline to the duo formed by Gema Osca and Isa Blat, for 6/0 and 6/2 and Cristina Romany and Inma Romany beat Isa Casado and Gema Ferri, for 6/3 and 6/1.

Next week they will face a tough rival, the Gandia Tennis Club.