The spokesperson for the Citizens (Cs) group in the Dénia City Council, Susana Mut, will ask the Government team "Take more measures to curb COVID-19 in the city and prepare a new aid package" during the COVID-19 Monitoring Committee meeting to be held this Friday. As explained, this demand is produced “After the increase in positives for COVID-19 in Dénia and the Marina Alta region, which has reached a figure considered extreme, which is causing the regional hospital is experiencing unknown pressure during the pandemic ". 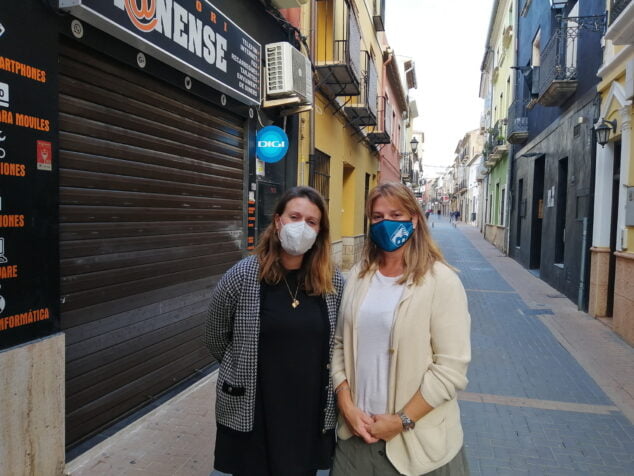 Councilors of Citizens of the city council of Dénia

"This worsening of the situation makes us take a step forward and ask for drastic measures", has remarked. The first step requested by Cs will be "The request to the Generalitat Valenciana of the perimeter closure of the city, as well as the suspension of the classroom activity until January 31", has pointed out. The Cs spokeswoman explained that "This request must be accompanied by a battery of measures such as increased surveillance of access to Dénia by the state security forces and bodies, since during the Christmas holidays they have been quite lax". In addition, he has demanded "A real effort in aid and bonuses in everything that concerns the City Council, which most businesses, companies and neighbors can access, unlike the previous ones, which were a real failure".

For her part, the councilor of Cs Estefanía Schwamb explained that "The budgets for this year 2021 are still being prepared and, although they should already be approved due to the emergency situation suffered by the city, we are still in time to create new lines of aid for the residents of Dénia". He has detailed that last year the City Council had 2020 euros in its own funds for investments in the 3.800.000,00 budgets. "In the current situation, we are committed to prioritizing aid over other investments", the mayor has pointed out.

Susana Mut has indicated that “You have to forget about ideologies and political strategies and, given that COVID control has been lost in the city, the first thing is to save lives and help people to get out of this situation in the best possible way, which is why City Hall. If not, we lower the blind and we all go home ", has highlighted. In the coming days, the municipal group of Citizens will present a battery of new aid proposals to be included in the municipal budgets for 2021.