Compromís will hold its traditional act on October 9 despite COVID

Compromís per Dénia has decided to celebrate one more year its traditional act in commemoration of the Day of the Valencians and Valencians, maximizing and guaranteeing the safety distance and the protocol measures to avoid any contagion. 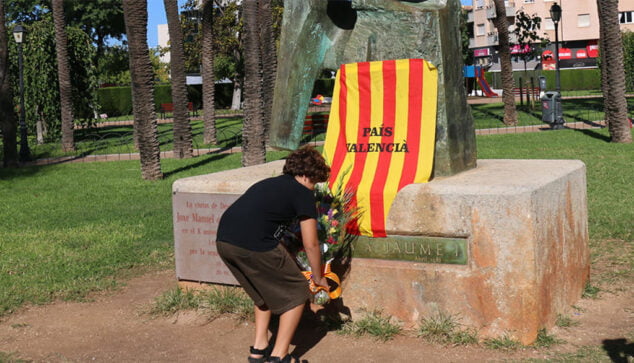 Offering of flowers to Jaume I in the act of Compromís of October 9, 2019

The appointment will take place next Friday, October 9 at 11.30 a.m., as usual in recent years in Plaza Jaume I in Dénia. And as every year, it will also seek to vindicate Valencianism and progressivism with parliaments and an offering of flowers to the statue Jaume I at the sound of the Muixeranga.

This year's event will be led by the Secretary for Organization of the new local executive, Maria Jose Garcia, and those in charge of conducting parliaments will be Rafa Carrió, spokesperson and councilor of Compromís to the City Council of Dénia, and Sergi Alemany, regional secretary of Jóvenes-PV and secretary of Youth to the local executive of Compromís.

The local group invites citizens to attend the event that commemorates the foundation as a people and vindicates our historical, cultural and political tradition. From the collective it has been reported that, since it is an open-air place where there is enough space, it has been decided to carry out, that is, supervising at all times that the safety guarantees are met among the attendees.