Carlos Ribes only casualty of the CD. Dénia against UD. Swedish

Coach CD. Dénia, Jesús Moratal will count on the captain's only loss, Carlos Ribes for the important match that his team will play this Sunday at 17 hours in the Field Diego Mena before the UD. Swedish A clash that will be led by the referee, Montero Torres. 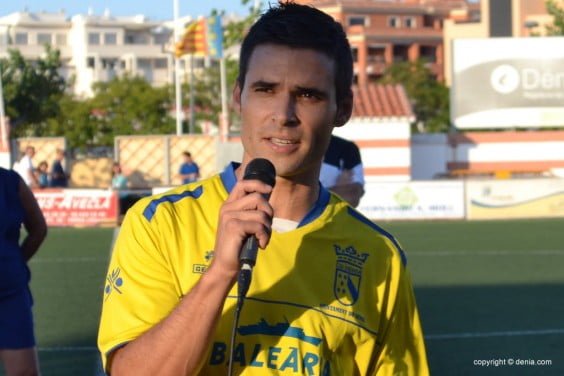 The Dianense squad knows better than anyone what is played. That is why they have pioneered in the dressing room and the only thought is to win their match. They are aware that their own mistakes have led them to be clearly in promotion positions of promotion outside of them.

The season is coming to an end, only three days left and also the physical aspect is important. The forces are very fair in all the teams that is why the concentration will be vital in a clash of these characteristics.

Jesús Moratal has no doubts about the eleven he will put on the game rectangle. It will not be very different from the one that has been playing in the last days. It is presumed that Morelló, the latest signing arrived at the club, who already played against Alcoyano B in the second half, may in this clash do it forming in the starting lineup.

The UD. Sueca arrives in Dénia with a template very different from the first round of the championship. The fact of running out of options a month and a half ago, caused the departure of the club of important players. His coach, Gerardo Ortells has the losses of Toni and Tino for this shock by penalty. A technician who will not be able to direct his team from the bench for the same reason.

The swords are on high, and the heat of the fans has to play a vital role, all the support that comes from the stands will be little. Now more than ever, public communion and equipment have to be closer.