The senior girls Dénia Básquet They gave a good image despite the defeat 92 51 to the leading of the First National, the CB. Picken Claret Valencia. 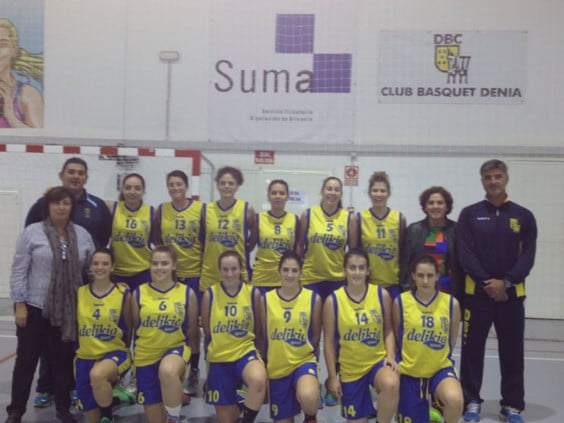 The first quarter was extremely even being one of the best competitor for the team so far this season. The same trend had the game until the break which was reached with the maximum difference so far in the lead for local (41-29).

The second part lived the slow but progressive break Valencian and logic imposed difference between the two sets. Nevertheless he entered the fourth quarter with the game still alive (60-43).

The greater depth of the local bench and the fatigue of the players who direct Andrés Ponce and Luis Suanzes allowed the distance in the final minutes of the Valencian, leaving a final result that does not reflect what lived in the encounter.

This Saturday at the 19,00 in the Joan Fuster pavilion The home team will play the penultimate round of the first phase of the league against the NBF. Castelló, party in which they try to keep a clear upward trend shown each week despite the results.