We already have government at the state level. Pedro Sánchez has achieved by 2 votes of difference to take over the presidency of the Government of Spain, which will lead in a coalition, for the first time since the transition, with United We can. 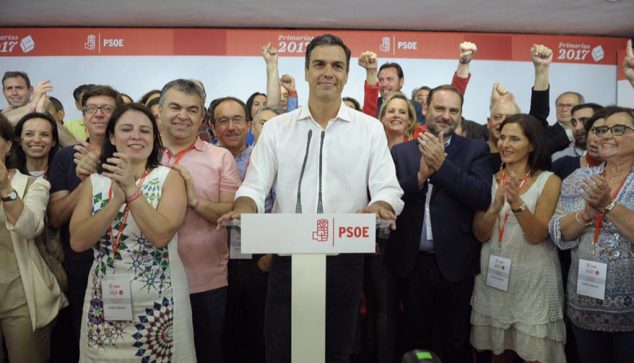 Pedro Sánchez, President of the Government

It is undoubtedly the news of the day, which has monothemized social networks. It is in them where we have been able to witness the first reactions of the formations in Dénia, some of celebration, others of acceptance and even some of rejection, coming to convene a protest in front of the town hall of the capital of the Marina Alta.

The joys come from the dianense representations of the parties that now govern Spain. While podem Dénia hhas shown in a statement his cautious happiness, which ensures that there is a lot of work ahead, the PSPV Dénia He has celebrated it on Facebook although, yes, in a similar line pointing to the work he has to undertake. "Dialogue and consensus has been imposed", declared in their profile.

Compromís per Dénia, although for the moment it has not been pronounced, a few days ago it celebrated one of the agreements reached by the representative of the formation in the Congress, Joan Baldoví, with Pedro Sánchez.

In the case of Vox denia, there has been no assessment of the result of the vote, but they have rushed to call a protest pointing out that "Spain is not negotiated" on Sunday, January 12 at noon in front of the city hall of Dénia.

For now, neither Popular Dénia ni citizens Dénia They have manifested about it. We will be attentive to continue expanding the information.

Balance of the PSPV of 2020: "Hui acomiadem, per fi, one of the most complicated years of the last decades"
December 30 2020
Comments