Gastronomy, the landscape of the region and tourism have had an important presence in the end-of-course work of the IES Maria Ibars students. Attending to the indications and the advice of the teachers of the center and of the Office of the Innovation and the Creativity, in the last months they have developed works and studies that were presented throughout the past week. The works are the result of the program Tourism, agriculture, gastronomy and territory that the institute has deployed in the current course in collaboration with the Office of the Creative City and the Department of Environment and Agriculture of the City of Dénia. 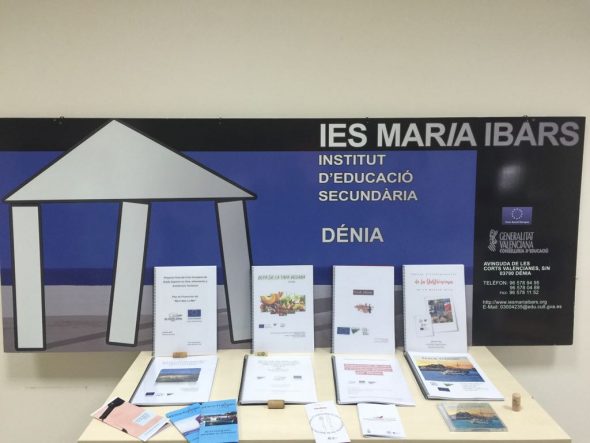 Works on gastronomy and territory, along with others on marketing or culture, have been developed by students of the second year since last April, and were presented bound and with an oral intervention of the female authors.

Specifically, Aitana Soto Puig has made a study on a possible Interpretation Center for the Gastronomy of the Marina Alta; Alma de Tena Martín has reflected on tourism and wine; Victoria Aroztegui Ramírez has proposed a route of vegan products; Bea Aguilar Pérez has researched the Fishing-Tourism experience of Dénia; and Diana Leal Barroso has developed a marketing plan about the activity Descobreix el paisatge. The end-of-course studies have been led by Professor Mavi Morell, who has counted on the collaboration as tutors of Ana Montaner, José Antonio Fernández, Jaume Ginestar, Marisa Ballester and Carolina Martí.

The papers presented will be taken into account when considering projects and the possibility of expanding them and putting them into practice will be assessed in each case. It is an innovative experience that has had an echo among the students and in which they want to give continuity in the 2018-2019 course.