The CFS Mar Dénia earned the first half to break the I. García Sta Coloma (4-2)

The CFS Mar Dénia was worth the first half to beat Industrias García Santa Coloma by 4 to 2 in a game in which the second period was over since there were hardly clear goal situations in either of the two goals. 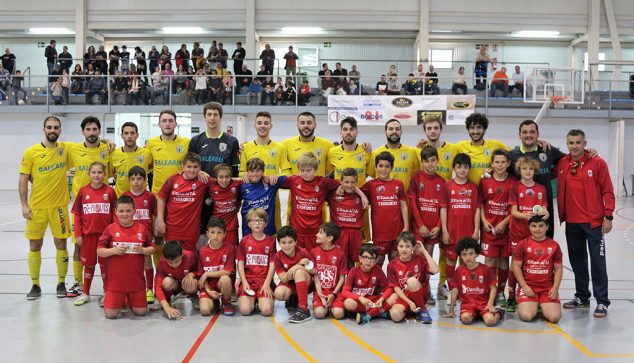 CFS Mar Dénia template with the children of the Paidos

Connoisseurs both sets of the importance of the three points, given the situation in the general classification, jumped to the track concentrated and, after a few minutes of scoring, soon arrived the first occasions. The Dianense team tried to get control and possession of the ball, while the Catalan team, with a younger team, exerted strong pressure throughout the track and launched fast kicks. 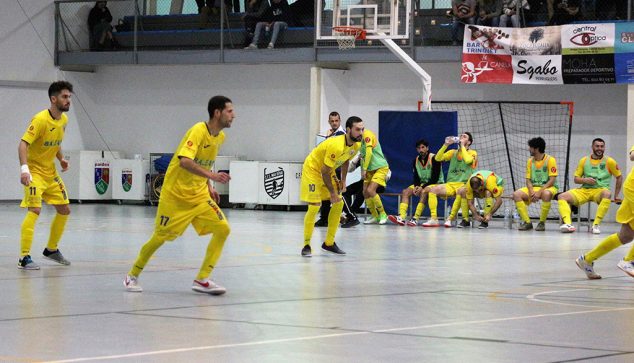 In the 7th minute, 1-0 arrived after a good raid by Omar that beat the visiting goal low. The scoreboard was opened and it seemed that the Dianenses had the game under control, but once again, two minutes later in a mistake after a corner kick, the 1-1 arrived, returning the score to the scoreboard.

Mar Dénia had control of the game but without the usual fluidity of his game. In the 13th minute, Nico scored 2-1 after a good collective play. The boys of Jordi Durán returned to take advantage and had possession of the ball, but the lack of precision dazzled the game, while the Catalans, with a more direct game, tested the goal defended by Sergi.

In the absence of a minute for the break, the key to the match came with two quality flashes of Curro that led to 3-1 and 4-1, which led to the break of the match. Two very important goals that granted a calming mattress for the second half.

Second part for oblivion, where the Catalan team put on a march more and only with a claw and greater physical wear and tear was locking the dianense box in its area without it being right at any time to remove the pressure. The attacks were continuous and, except for counterattacks, the ball lived in the local area.

When there were still 14 minutes left, the visiting coach put the player goalkeeper on the court to give the pressure one more point. The Dénia Sea defended itself, but without finding a solution to a continuous siege that also charged them with faults and thus in the 32nd minute the arbitral couple punished the Dianenses with a double penalty. The Catalan pitcher sent the ball out of the frame defended by Sergi.

There were 8 minutes left and before a pavilion with the worst entry of the season, given the many festive events of the day, the game became eternal. The Dianense team failed to shed the visitor siege and with many inaccuracies defended the game of five without getting snatch any ball in the attacks. In the last minute of the match came 4-2 after an outside shot that hit Curro beating a surprised Sergi.

Important victory that breaks the negative streak of CFS Mar Dénia and we hope to change the status and dynamics of the workforce. This week, CFS Mar Dénia will travel to the town of Martorell (Barcelona) where he will play on Saturday at 20 hours before Sala 5 Martorell.

We create and design the QR code for your restaurant menu from € 50
more promotions Browse Contests
The weather in Dénia
Dénia
1 June, 2020