Aina Fornés got some minimal at Lluís Puig

This past weekend, took place in the Velodromo Luís Puig de Valencia, the Criterium of Combined Tests, along with a control with which the season began several athletes belonging to the CA Balčaria Dianium.

The athlete Dianense Aina Fornés, He participated in the Criterium Combinadas- Test ended in second place in the Junior Female category, being fifth in the overall classification.

Aina Fornés held a good contest as she managed to improve some of her personal brands. In the 60 meters hurdles, he made a record of 9.08. In the High Jump contest, his brand was 1`58. In the launching of Weight his better shot was of 6,97.

In the long jump competition he reached a mark of 5,41, while testing the meters 800 2.20.21 stopped the stopwatch. The sum total of points was 3.422. With these brands got the minimum mark to attend the Championship all Spain in testing 60 meter hurdles and pentathlon test.

His club mate, Cassandra Lidl participated in the 60 meters hurdles by making a mark of 11,32. 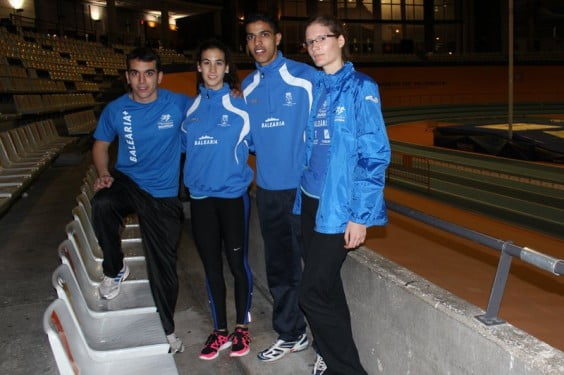