Aida, Gorka and Laia will accompany Weichuan as top officials of Paris Pedrera 2020

La Paris fails Pedrera held last Saturday the trick of their top positions, who will represent them throughout the 2019 / 2020 exercise. In an act held in the ship of the Espai Fester, the president of this year, Weichuan Wang Wu, unveiled the best kept secret of the commission. 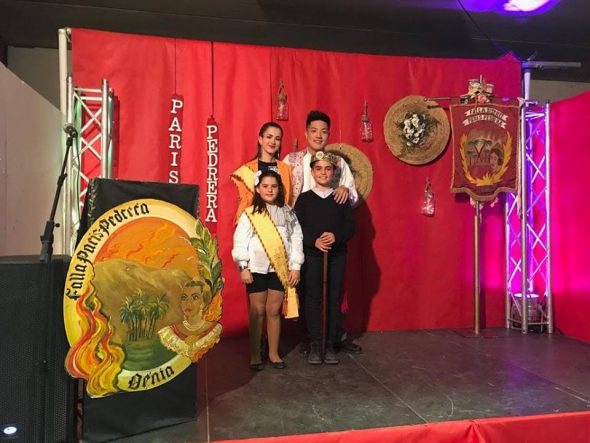 In the first place, he handed over the baton of a child president to Gorka Cubiles Simarro, who will captain the Xicalla of the fault along with Laia Montejano Expósito, senior child faller of the commission.

The last name to be revealed was that of the fallera mayor, which this year will be Aida Gavilá Gomez.

The Fallera Local Board asks the authorities to set an example and allow in 2021 to celebrate Fallas 2.0
03 November 2020

The Floats of Dénia: when are they, parade, history and photographs
August 01st, 2020
Leave a comment