Pepelu played with the Spanish Under 17 in Oliva Nova

The dianense player, José Luis García Vayá, known by football PepeluWill live a very special day on Wednesday February 4 because it will wear the national team jersey Spanish Sub 17, but this time, next to the town where he was born. 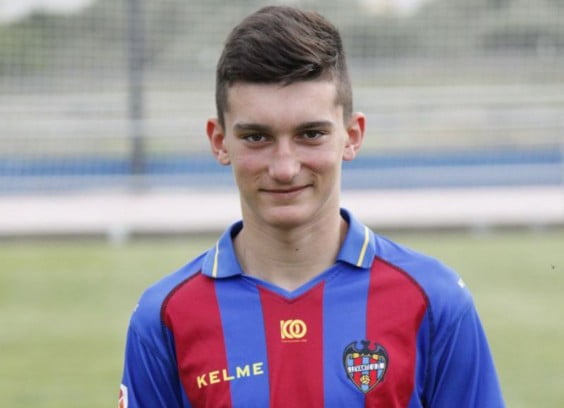 Pepelu has been one of the players called by the national coach Santi Denia to participate in the friendly match that the Spanish team will play against the national team of Switzerland. A meeting that is within the program that the Spanish Federation has designated as preparation for participation in the Elite round of the European Championship.

The match will start at 16:XNUMX p.m. in one of the fields that has the Olive nova. The proximity with Dénia makes it presume that the stand that this field has is going to be too small, since Pepelu is a boy very loved by the Dianense fans who will surely come to give him all the support.

The path is taking Pepelu this season is impressive, being a reference in the youth team Levante., And also having the opportunity to play in the Third Division team.