They were brave and took to the stage with the issues that each chose to appear before the public and the jury Children's Festival Cançó 2011. Eleven girls and one boy gave his best in the qualifying phase of the FIC 2011 held in the Cafeteria Llunàtics:

Andrea Simó played "Dear grandfather", 3 + 2 group; Alba Moya decided to "Princess" Belinda; Rosie Ronan chose a theme of the ill-fated Amy Winehouse, "Valerie"; Kristine chose Badalyan "Why didn't I invite you to sleep?", Nena; Josep Andreu Bolufer, the only boy, played "The Run Run" Estopa; "Black and White" Malu was the song chosen by Raquel Costa, while Estefanía Gutiérrez played "Everytime we touch", Cascade. Dana de Haro moved us to the 60 with "Why are you leaving", Jeanette; Ana Shroers gave voice to the subject "Grenade" by Bruno Mars; Belén Moya chose "Every day", Tamara; Alicia sang Bolufer "The universe about me" Amaral and closed with performances Jennifer Olmier "Lime and sand" Merche.

The jury of the Councilor for Youth Isabel Gallego, The director of the ETC Mario Pássero, singer Kelly Cottom and Pepe Ortolà, guitarist and guitar teacher, took note of what is seen on stage and throughout this week its decision to selected who will participate in the Great end of the FIC to be held on December 17 in the multipurpose room Llunàtics. 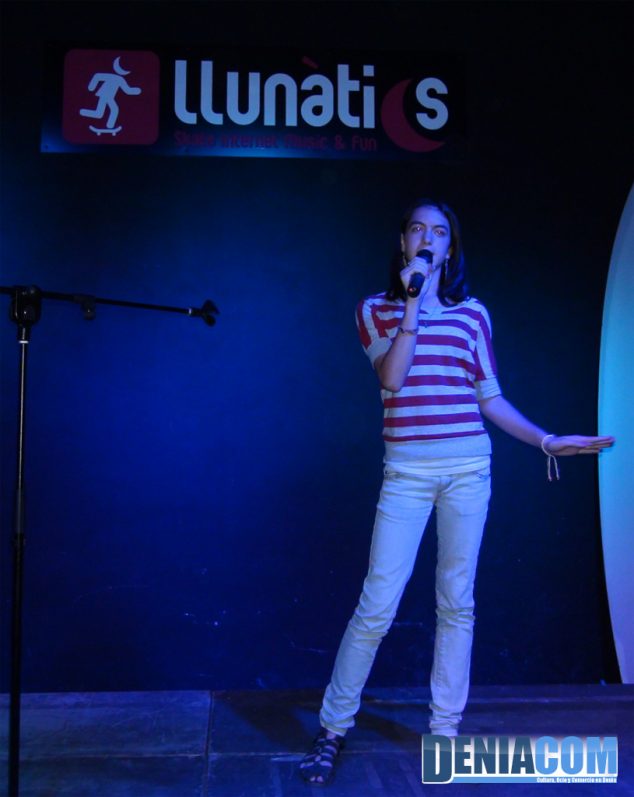 The new normality in the Marina Alta: what can and cannot be done
June 22, 2020

Today Noguera Mar Hotel reopens to share with you its little paradise
June 19, 2020

Youth receives the phase of new normality offering a wide range of activities for the summer
June 18, 2020