A representation of leading entrepreneurs located in the port of Denia headed by its director, Gabriel Martínez, met Thursday with the Regional Minister for Housing, Public Works and structuring of the territory, María José Salvador, in Valencia. 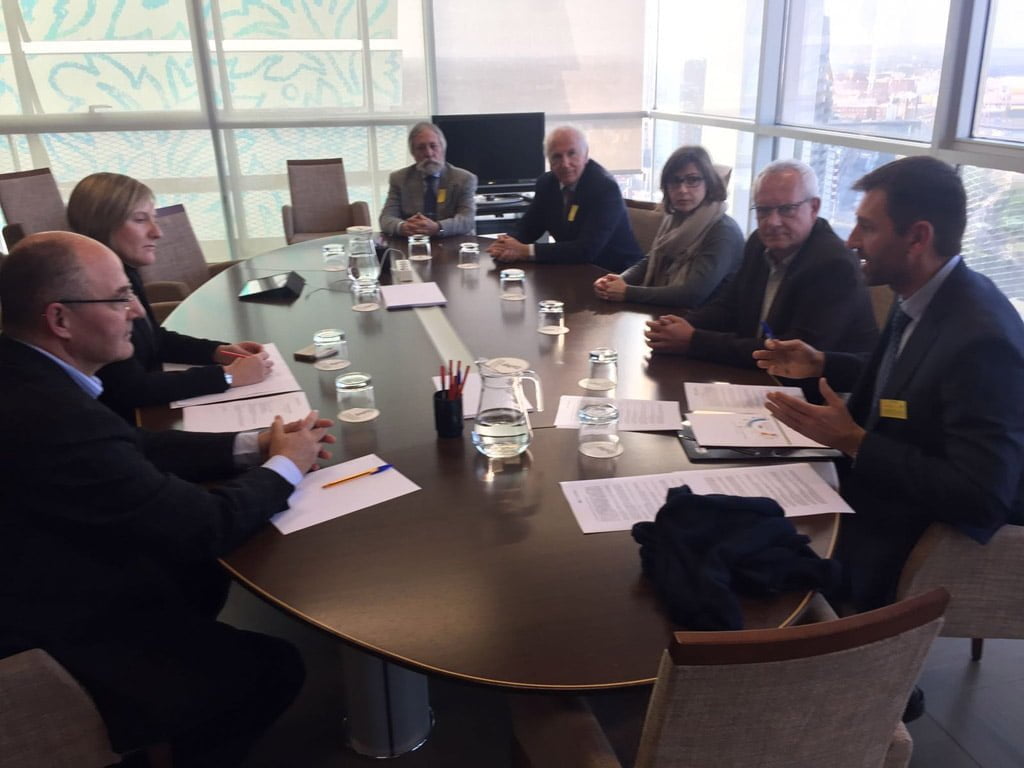 The meeting, also attended by the mayor, Vicent GrimaltAnd the Councilor for Urbanism, MªJosep Ripoll served to address one of the demands of entrepreneurs and aldermen: the need for a master plan that essentially ordered the front port-city as well as to update the delimitation of uses and port spaces they were in need of revision.

And all this without slowing reasonable initiatives to be promoted, consistent with the current delimitation in order not to stop doing business and can contribute to economic growth in Dénia.

Salvador was receptive to requests from the dianenses representatives, who also delved into the need to harmonize the Law on Ports of Valencia with the state in order to make more competitive the regional ports. He also informed his immediate plans, among which South repair dock in the harbor.