This weekend the Valencian Triathlon Cadet team went to Allariz to play the Spanish Cadet Escolar Championship. A weekend of intense competitions in which the Dianense, Andrea Fernández It has proclaimed champion with the rest of Valencians selected. 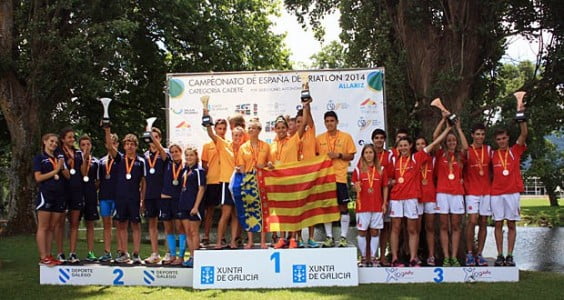 After the dispute of this test and the Valencian selection he was placed on top of the overall standings, with 38 points ahead of Galicia and Andalusia with 34 34 too.

On the second day of the Championship, the relay event took place. The domain of the test was to Galicia and Valencia was a creditable second place, ahead of Andalusia. Participated in this test Valencians triathletes Sharon Belén García, Romaric Forques, Andrea Fernández and Jorge Lagoa.

Finally, after the sum total of points Valencia turned out to be winner of this championship, which is the best result in history for this school cadet selection.