The CD. Dénia is intractable at home

El CD. Dénia still unbeaten at home after defeating At. Alginet by 2 0 to a party that was not brilliant but it showed the strength of this team when playing at his fief of Field Diego Mena. 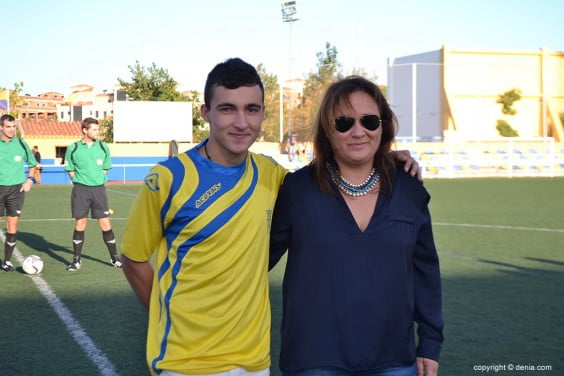 One of the moments of applause of the afternoon came when the president of the club, Gema Estrela, He put his shirt with the number 27, to Álex Sirerol. This was the way to pay homage to the young motorcycle rider, who last week Cup champion Spain Speed ​​Open 600 17 Sub proclaimed. Sirerol was commissioned to make the kick.

After boredom came, in a first forty-five minutes where inaccuracies and lack of pace because of the multiple interruptions of the game made more than one yawn in the stands. The team of Jesús Moratal again evident mistakes of the past. Much distance between the lines and lack of coordination when removing the ball. Perhaps a change in the system, with more players in midfield could be the solution. 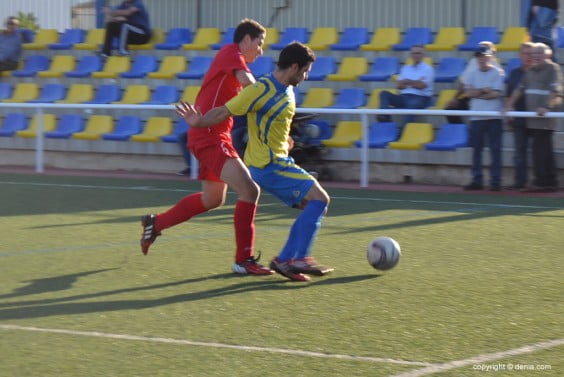 In the second half, the game was encouraged, and three minutes Panucci high fired a good transfer of Faye. In the 61 minute, Mono took advantage of a gift from the visitors' defense to beat Jordi with a low shot. A goal that made local were playing lighter. With the changes made by the Dianense coach, the team was another, the presence of Marc by Souhé in midfield gave the team's departure.

The visitors gradually were taking over the ball and had occasional opportunity to equalize the contest, but proved his innocence in the face of goal. In the 90 minute, local, Ismael hooked a strong shot that beat Jordi, leaving sentenced the party with this second goal.

A win that allows dianenses hold on to third place when you come now two consecutive outputs, to Massanassa and Llosa, who will be two exams for a template that still has a pending win away from home.

Referee: Sánchez Bonache, who reprimanded by the local side to Souhé, Giménez and Cardona, Michael and Nico and visitors part Aguado, Barea, Victor, Fran and Kevin. In addition, he expelled local Paco after seeing two (29 'and 90').