It's official: the zombies will re-infect the city of Dénia. Next Saturday, 6 in April, starting at 23: 00 hours, will start the biggest RPG game in Dénia, in which players will have to survive a zombie invasion and not be infected while they pass multiple tests that They will be held in different spaces of the municipality throughout the night.

It is the new Zombie Night, organized one more year by the Department of Youth of the City of Dénia. This yinkana will visit different scenarios of the city simulating an invasion of zombies, in which the teams of survivors have as mission to save themselves from the epidemic. 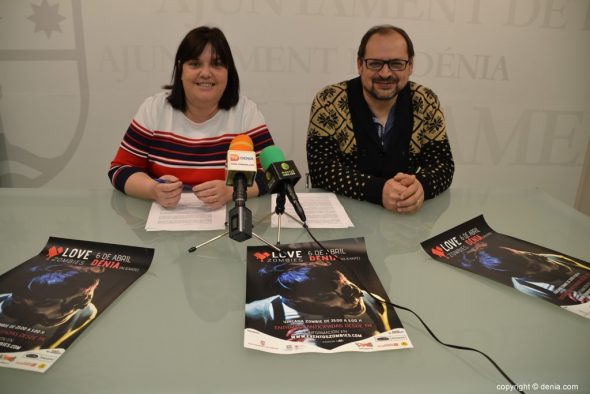 The councilor of the area, Cristina Morera, explained that it is an alternative leisure activity that combines sports-an average of 12 kilometers during the night, cooperation and teamwork.

At the 23: 00 hours the participants will concentrate to receive the clothing that corresponds to them, depending on the chosen role -supervivor or zombie- and they will start the tests through a map of clues that will take them from one to another. A hundred actors of the organization will be dressed as different characters that will guide them during the night in their journey of survival.

The Torrecremada park, the María Ibars area, the Baix la Mar neighborhood or Joan Fuster are the areas to which the invasion will arrive, although the organization does not want to give clues so as not to reveal the surprises that the night will bring.

Registrations are now open through the web eventszombies.com, www.entradium.com and www.entradasatualcance.com from 19 euros, a price that will vary as the date of the event approaches. In addition, this year, as a novelty, participants can register at the Youth offices at a single price of 15 euros for zombies and 20 euros for survivors.

A major nightclub closes its doors due to the coronavirus
August 03st, 2020