Tips on how to deal with depression with HLA San Carlos

Depression is the fourth leading cause of disability in the world, and HLA Saint Charles deploys all its resources to minimize the effects on its patients. On the occasion of World Mental Health Day, HLA San Carlos de Dénia addresses this current issue. 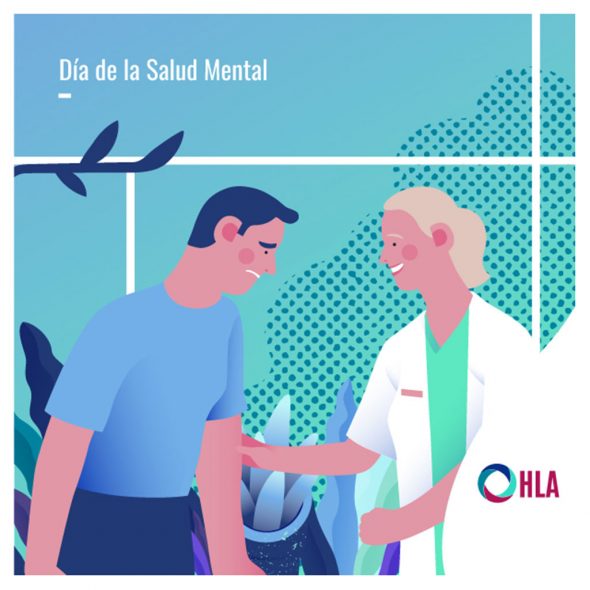 Depression is one of the most common mental illnesses today and occupies the fourth position in the ranking of diseases that cause disability. The World Health Organization (WHO) expects an increase in the incidence of depression in the coming years, which will raise it from the fourth to the second position. You can suffer depression at any age: about 20% of the population will suffer throughout this life this disease that mainly affects women (in a 70%).

Sabina García, psychologist at HLA San Carlos de Dénia, delves into the different degrees of depression: "in the Major depression The symptoms are intense and appear in the form of episodes that last for weeks or months. The dysthymia or dysthymic disorder, has less intense symptoms but very disabling because they are chronic and last for years. For its part, the adaptive disorder It is one in which the symptoms are mild and for a short period of time and is usually related to an acute stressor. Finally, depressive disorders include the depressive syndromes that are part of the set of symptoms of other diseases psychiatric, such as bipolar disorder, and non-psychiatric, such as anemias, multiple sclerosis or hypothyroidism. "

Several factors are involved in the causes of depression. Some are related to the personality of the patient and others may be environmental or have a biological basis, such as brain, genetic and neurotransmitter alterations. Depression can be treated with a psychological or biological approach, depending on the type of depressive disorder. In major depression, being a disease with a very important biological component, drug treatment is more important than psychological. However, psychological treatment can play a more decisive role in adaptive disorder. In dysthymia, meanwhile, a combination of both is usually indicated.

The most innovative treatments against depression

Dr. Sabina García, a psychologist at the HLA San Carlos hospital, uses systemic-relational psychotherapy to treat depression, a novel therapy that consists of working with all family members, taking advantage of their resources and working in parallel to individual conflicts and relationships between members. Relational or systematic therapy seeks to find new ways of communicating that are more efficient for family members and that allows them to face, resolve and manage conflicts: that the family learn to support themselves emotionally and thus establish a beneficial coexistence for all. In the words of the doctor, “with this therapy you are managing to solve relationship problems, address both individual and family problems effectively, solve pending issues and feel that you are not the sick person or different from your family, but the result of a problem of all, in which all must collaborate to get ahead ”.