The University Access Test (PAU) of the 2018-2019 course for students who are in possession of a Bachelor's degree or higher vocational training technician, a senior technician in Plastic Arts and Design, or a senior sports technician, will be days 4, 5 and 6 of June, in ordinary call, and the days 2, 3 and 4 of July, in extraordinary call. 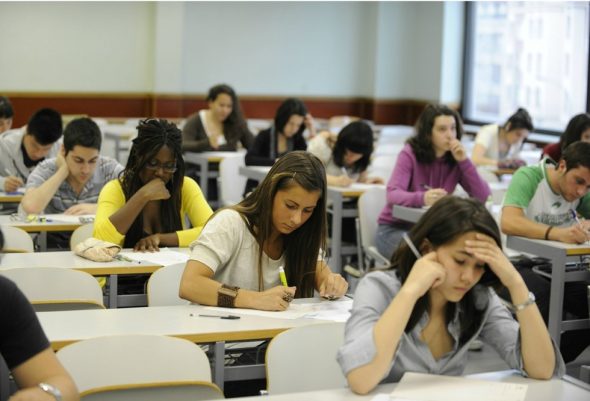 This has been agreed by the Management Committee of the Entrance and Pre-registration Tests in the Public Universities of the Valencian University System, of which both the Ministry of Education and the Valencian public universities form part, and whose agreement has been published in the Official Gazette of the Generalitat Valenciana.

Registration and delivery of notes

It should be remembered that these tests in the Valencian Community will continue to be called University Access Tests (PAU), and its structure will continue to be of two phases, a first of a mandatory nature and a second part called a voluntary phase.

The first mandatory phase will continue to consist of five years. Specifically, it is the subject of free autonomic configuration: Valencian, and of the general core subjects of the second year of Bachillerato that the student has taken, that is, Spanish, History of Spain, Foreign Language and one of the four general core subjects. with connection to the Baccalaureate modality (Mathematics II, Mathematics Applied to Social Sciences II, Latin II or Fundamentals of Art II).

The access note will be the weighted average established by regulations: the 60% for the final grade of Baccalaureate and the 40% for the grade of the compulsory phase of the PAU. It will be understood that the access requirements are met when the result of this weighting is equal to or greater than 5 points.

The student can be submitted to the voluntary phase to increase their admission grade up to a maximum of 14 points, a maximum of 4 subjects, taken or not, to choose between the core subjects of choice, the general backbone with links to the Baccalaureate modality different from the general core with connection to the Baccalaureate modality that is examined in the compulsory phase or also the foreign languages ​​different from the one that is examined in the compulsory phase.

For the qualification of a subject to weigh and serve to increase the qualification in the admission, it must be equal to or superior to 5, whether it is from the voluntary phase or if it is the general core of the Baccalaureate modality of the compulsory phase.

Schedules of the tests

Specifically, the schedules of the tests that will take place in June and July of 2019 are established as follows: on Tuesday 4 in June, and on Tuesday 2 in July in the case of the extraordinary call, students will perform 9.30 at 11.00 hours the History of Spain exam, from 11.45 to 13.15 hours the Valencian test: Language and Literature II, from 15.30 to 17.00 hours the Mathematics II or Latin II test, and from 17.45 to 19.15 hours the Mathematics Applied to Social Sciences II or Fundamentals of Art II.

Finally, on the third day, which will be on Thursday 6 of June, or on Thursday 4 of July in the case of the extraordinary call, students will perform the tests of Technical Drawing II, Business Economics, or Design, among the 9.30 and the 11.00; English, between the 11.45 and the 13.15 hours; Physics, History of Philosophy or Audiovisual Culture II, between 15.30 and 17 hours; and German, French or Italian between the 17.45 and the 19.15 hours.

New headquarters for the tests in Dénia

As of this year, the students of the Dénia institutes that present themselves to the PAU tests will do so in the new headquarters, which will be located in the old Official School of Languages ​​of Dénia. Thus, the Marina Alta will have two exam centers, Dénia and Benissa.

In Dénia the students of the three institutes of the city will be examined, the IES Enric Valor, of Pego; and the IES Xebic, of Ondara. Meanwhile, the students of the two institutes of Xàbia (Antoni Llidó and IES number 1); IES Josep Iborra de Benissa; the Mathematician Vicent Caselles de Gata de Gorgos; the IES of Teulada, the one of Pedreguer, and the IES Ifach of Calp.