The President of the Generalitat Ximo Puig has announced that this weekend "A specific program to mobilize all the security and police forces is going to be launched to ensure effective compliance with the regulations", both in the field of nightlife and in the set of actions decreed regarding the use of the mask or the establishment of limits on gauging. 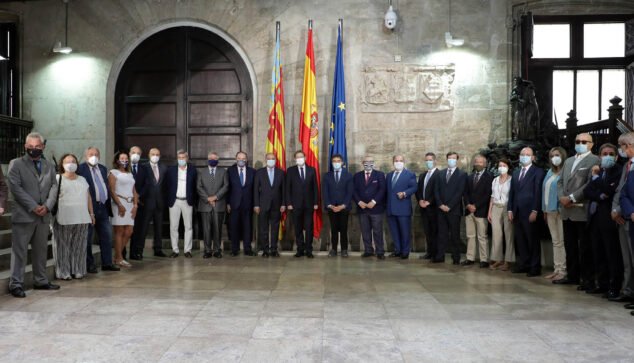 Puig, who has insisted that "there is no zero risk", explained that this measure is about "generate maximum security". "We are aware of the enormous difficulties and, therefore, each company, each establishment and each city council is obliged to have the utmost dedication, like the Generalitat itself, so that this safe Valencian Community, that living and safe Mediterranean, are a reality".

In addition, the head of the Consell has explained in his meeting with consuls from 26 countries "the extraordinary effort" and the measures taken during the last weeks in the Valencian Community in the face of the coronavirus pandemic and have transferred "the clear reality" what is a tourist destination "safe and trustworthy".

Mandatory use of masks and applications to control gauging

During 2019 the Valencian Community received a total of 29,3 million tourists, of which more than 9,5 million were international. Thus, tourism represents 14,6% of GDP, which represents 15,1% of employment.

At the meeting, in which the consuls were able to learn about all the measures applied to guarantee the safety of the tourists who travel to the Valencian Community, the president stressed that, after the end of the state of alarm decreed by the Government of Spain, "The Generalitat has decisively developed its responsibilities promoting the mandatory use of the mask in all public places and common areas of tourist accommodation".

"It has developed Puig continued, a wide and strict regulation for all types of tourist facilities; specific accommodation has been prepared in case contingencies may arise; applications have been developed for the control of gauges both in beaches as in places of daytime and nighttime entertainment; signage has been arranged for permanent communication ".

All this has supposed, according to the president, "the investment of more than 10 million euros to strengthen prevention against COVID-19 on our beaches. In addition, -has continued-, sThey have hired 1.000 attendees to guarantee security and guide our visitors, to which are added those who have incorporated the municipalities ".

During the last days, a specific guide prepared by the Department of Universal Health and Public Health has been added to the protocols for action in tourist establishments and accommodation services, which establishes an action procedure to guarantee the safety of those who may present symptoms , as well as their companions and the rest of the people staying.

Similarly, refuge hotels have been set up for tourists who must undergo home isolation for presenting symptoms and cannot return to their homes. The Valencian Community will have 100 places available from these special tourist establishments, which will not have an additional cost for tourists.

In addition, to the measures taken to guarantee safety on the beaches by the Generalitat and municipalities, are added those established in the various protocols approved by ICTE and the Government of Spain and the specific prevention plans of the airports of the Community Valencian.

All these measures have been transferred through training actions to those tourism professionals and agents who are part of the visitor service chain, as well as to residents and consumers themselves through an information campaign.