El Trinquet The Rovellet Denia today hosts the XIII Trofeu Ciutat de Dénia professional field in the form of Escala i Corda. The first of the semifinals played at 23 hours, the pair formed by Soro III and Santi, who will meet the trio Rodrigo, Felix and Carlos. 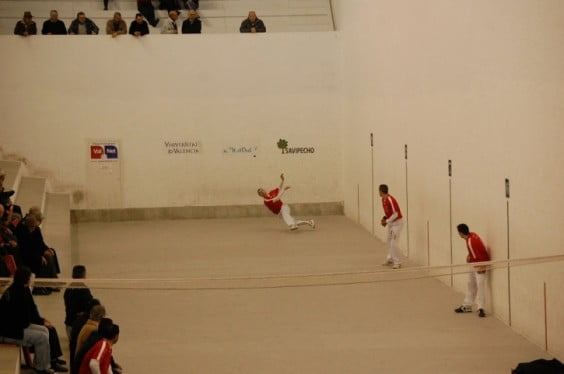 The second semi will be held in this same place next Tuesday at 8 19 hours in which the characters are the same; Genovese II and Raul against the pair formed by Puchol II and Dani, who are recent champions of the President of the Diputación de Valencia Cup.

The teams that are winners of the two semi-finals contest the final on Friday 11 in the Trinquet El Rovellet in a game scheduled for 23 hours.