The strong wind that has blown this Friday afternoon in Dénia has snatched up the huge tent installed in the parking lot of Torrecremada where the Sopar de Germanor de las Fallas of 2017. 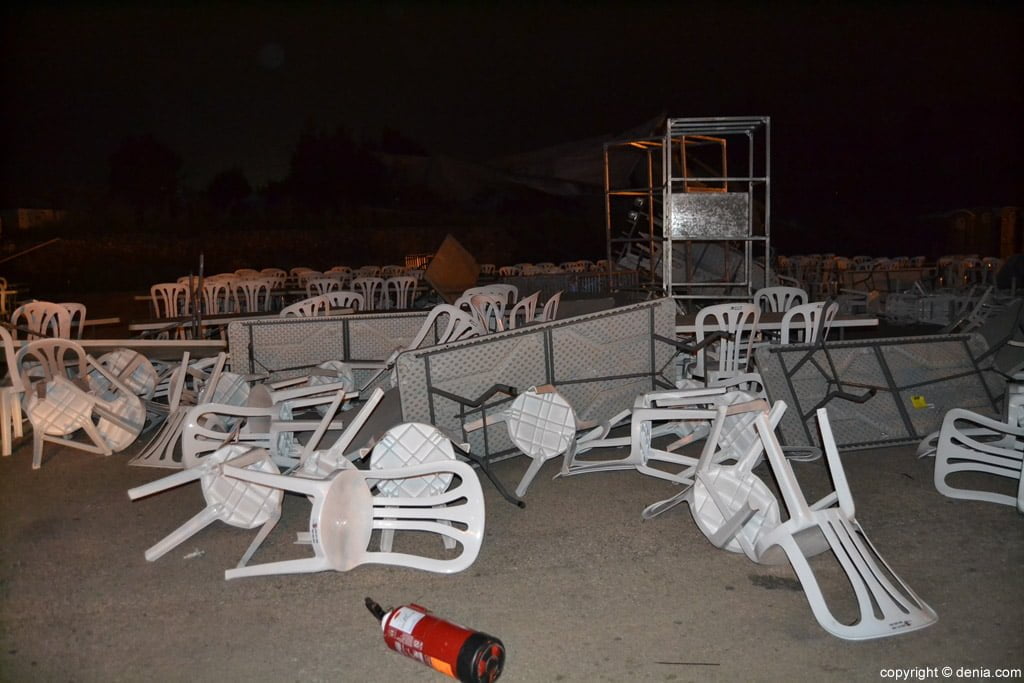 At the time of the incident there were six people riding inside the tent, one resulting wound by a falling of the iron pieces placed to give that weight to the canvas. Apparently, the wounded came to the van in search of work material and grit that cleared up with air blinded him. This made him bend down and that was when he felt a sharp blow to the back and fell to the ground. The harmed player, Vicent Ivars, of 57 years and member of the Local Board Fallera, It has been taken by ambulance to Hospital de DéniaAlthough his condition is not serious.

To place two cars have moved the Regional Park Fire, ambulance and members of the Local Police and Civil Protection, which have limited the area to avoid risks. The top of the tent has been completely shattered. The wind has started anchors asphalt and has knocked down chairs and tables were already prepared for tomorrow 1066 falleros and falleras. According to reports from the Local Board Fallera, the facility would have been revised this morning by municipal technicians. 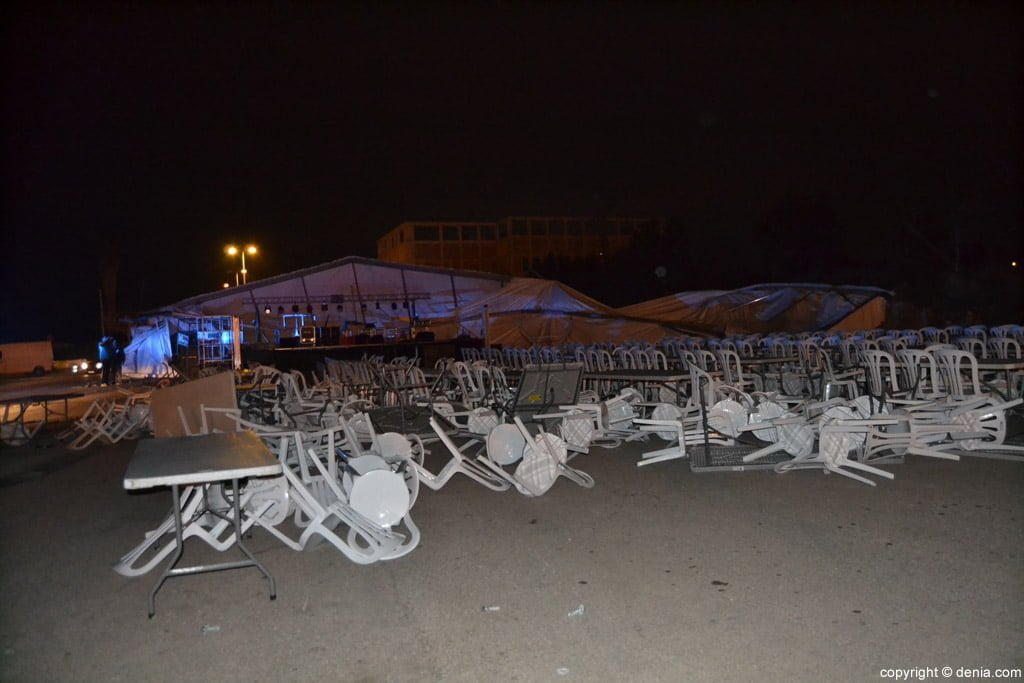 In the 21: 50 Friday night, Dénia City Council has announced that the Sopar of Germanor scheduled for Saturday March 4 is suspended. 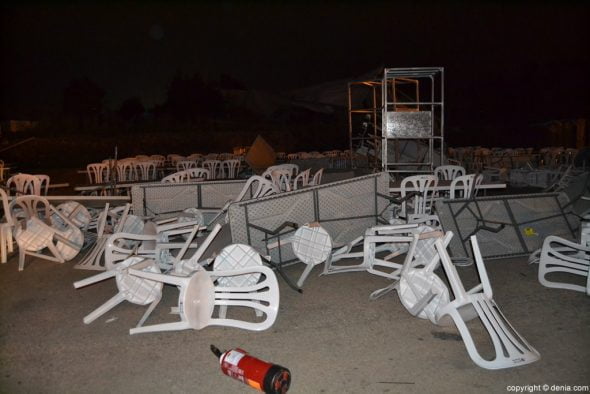 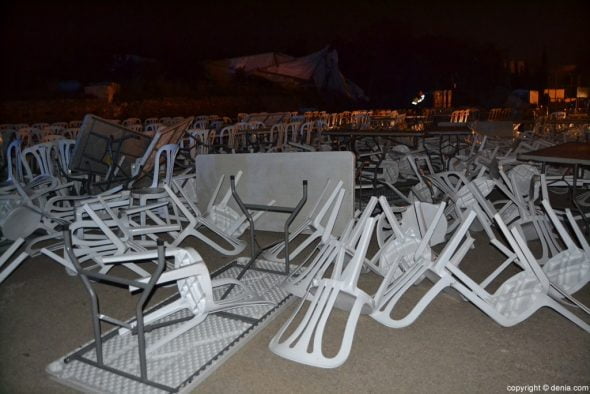 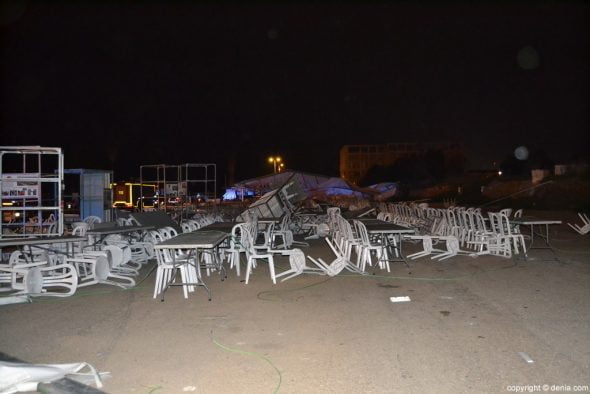 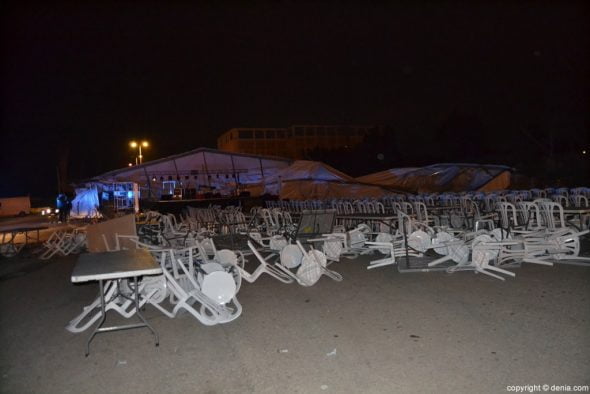 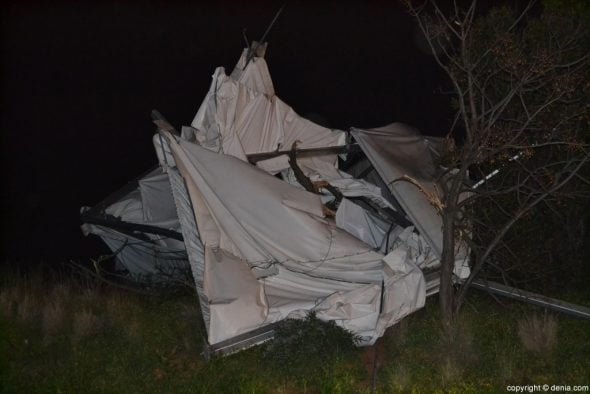 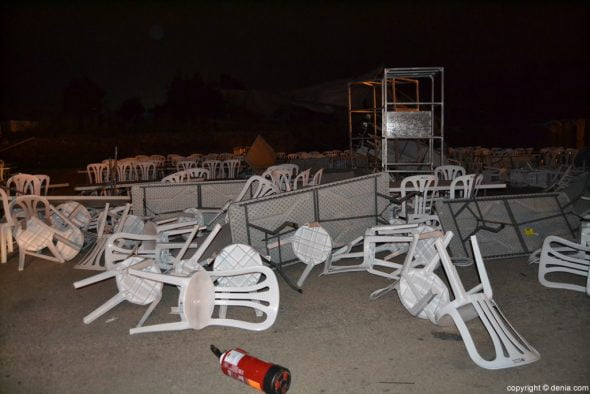 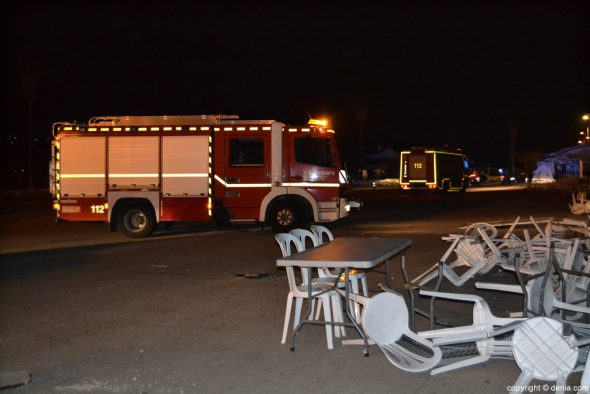 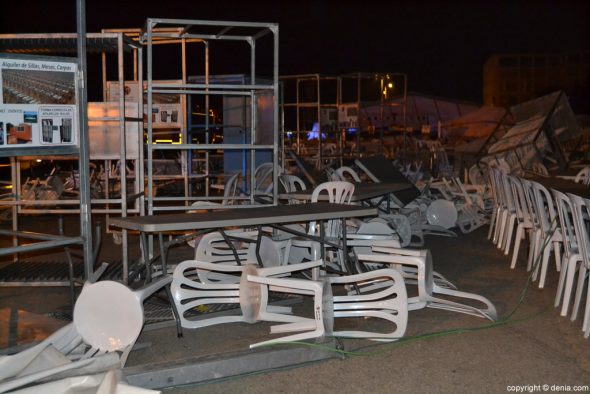