Video concerts, downloadable content and much more culture on the agenda of the Alicante Provincial Council

The Provincial Council of Alicante has prepared a broad cultural agenda for today and this weekend. Continue reading to find the readings and audiovisual content that is being generated in our province. 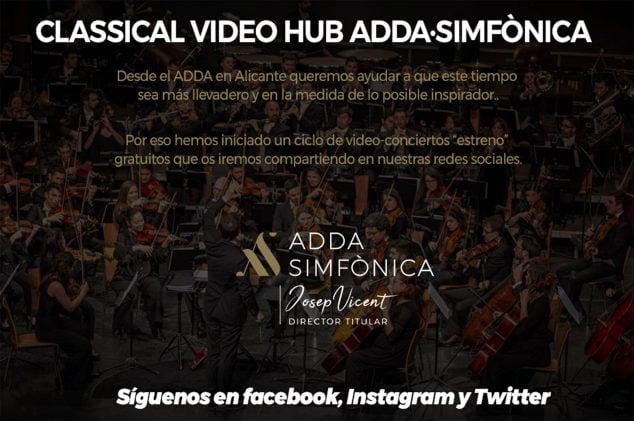 The ADDA has started an activity through its social networks to publish premiere videos of its concerts, both live -recorded before the end of the face-to-face activity- and audiovisual production. Through pieces of Spanish and international music, they bring us closer to concepts such as resistance, empathy, strength or hope in the future. The content of this proposal makes a journey through aesthetics linked, in some way, to the critical current situation caused by the Covid-19.

Also today Friday April 17, a new artistic challenge awaits all who want to participate by sending or sharing their creations on the proposed theme. In these moments, more than ever, the museum is made up of all of us and the Gravina Museum of Fine Arts wants to take advantage of this circumstance as an opportunity to bring the museum to homes.

Running until April 19 at 00:00. Cultural content will be available to users on Facebook and Twitter on the indicated days. A content, normally downloadable, is offered daily to enhance the bibliographic and documentary heritage of the Juan Gil-Albert Institute of Culture of Alicante, through its virtual library. 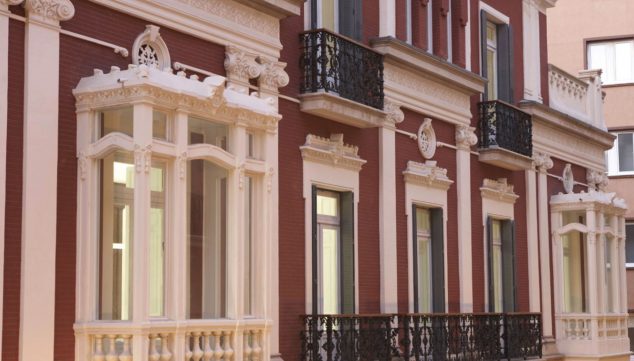 Detail of the facade of the Juan Gil-Albert Institute

Ongoing cultural proposal until April 19 at 00:00.

The MARQ enters fully into the Prehistory room to discuss topics such as ways of life during prehistory, the evolution from the Paleolithic to the Neolithic and its impact on burials, without forgetting the most important sites in the province of Alicante, such as La Cova of the Fum.

If you want more information, go to MARQ official website.