Vicente Chelet, councilor of Finance, has appeared to explain the points discussed in the previous Local Board. In the first place, it has exposed the award of works of acclimatization of the residence Saint Lucia to the Llácer company, as well as award of workshops Artistics Study the company 8. He subsequently explained that they have been approved bases Theater Show City of Dénia and Governance sanctions on public roadsBetween two hundred and six hundred euros, mainly by painted facades and squares by minors. Finally, the mayor has talked about the award worth € 58.000 the company Judoblas of refurbishment of the sports center Joan Fuster tracks, apart from the main works already carried out through Plan E. 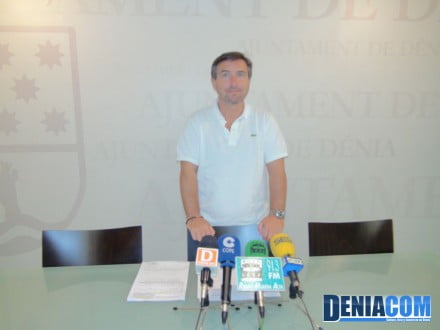 Chelet has spoken of the approval of the ICO credit application the bank BBVA worth 1.815.585€ to return with monthly contributions made by the State. This credit line will 6,5% APR and free of commissions. With this money, according to the head of Finance of the City of Dénia, it is intended cover all outstanding invoices from small suppliers of the year 2010Not those of big companies like Repsol, Iberdrola or Correos, among others.

After the question of the possible discard of the tax increases, Vicente Chelet has exposed that this is an issue that will be dealt with when he touches and has explained that the difficulty that is passed is not more than the consequence of the management of the Government of Madrid : "El Socialist Party In Spain, the Welfare State has been burdened with its cuts that affect all institutions. We will try to protect it as much as possible ".