Councilman Hacienda, Vicente Chelet, has exposed what is known in the Local Government held Wednesday. These statements are those relating to liquidation of year 2009 with the Ministry of Finance Administration Jose Luis Rodriguez Zapatero. 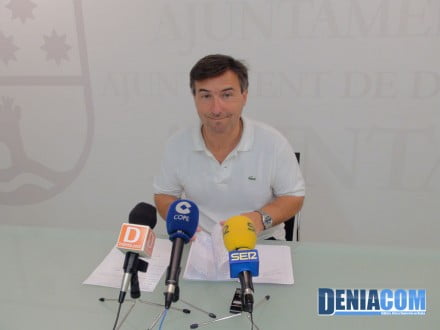 The municipal mayor explained that the City of Dénia, as well as all the Spanish consistories, must pay the State, from the 1 of January of 2012, a sum of money as a result of an error when allocating the corresponding amounts that the Ministry, whose competence is occupied Elena Salgado, contributes each year to the municipalities. In the case of Dénia, that refund will be 29.000 € monthly. In addition the council has stated that the state contribution will lower the 8 6 million euros to from the following exercise. This pending payment leaves the Dianense settlement in negative with a figure greater than one million euros. For these reasons, Chelet has warned about the direct consequences of this fact: tax increases and cuts in social spending. In addition also reports a review of existing agreements between the Dianense City Hall and the various sports and cultural associations in the municipality. Councilman Hacienda blame for this situation to null management of PSOE in the Central Government, in economic matters, and the bad organization of the socialist group in its passage through the Municipal Consistory.

Finally include the adoption, at the request of the Benito cafes y Moni Penny, A schedule 19: 00 00h to: 00h to place tables and chairs on Calle la Mar.