Assessment before the governance pact. Juan Sancho: is "a poisoned pact"

Let's see. This government pact that made public the PP and CU on Tuesday night has left us many with a Feeling of amazement and total disbelief, As if to say that what we are seeing is not true.

A pact in which the PP (the big one) surrenders and kneels before CU (the small one). The PP (9 councilors) bend the knees and hand over the keys and power of the City Council to CU (2 councilors).

Esto It is not a natural covenant, Since the one that has less is the one that has more. Why?, What is behind this agreement?, Why such a rush to make it public when 10 days are still missing for the inauguration that will be the 11 day of June?

Why do they consider this option valid when they have not yet spoken with all the political groups? We, the PSD, have not yet addressed it, not even to ask what our point of view would be. The logical thing is that before making a decision they would have made a round of conversations with all the political groups, including the PSOE, and then take the most timely decision.

We are faced with a theoretically large party, national level, winner of an election, where Their council members will have to settle for second-ranking councilors, since all the most important will be in charge of CU.

Let's review CU will assume: Public Works-Urban Planning and Works and Projects, Tourism, Sports, Culture and Environment. All this for two councilmen. All of these councils are where contracts are handled, that is, the money, that is, the influences, and also the future General Plan of the city, deciding who to give and who to remove.

One can not then ask oneself who really commands here? Why this surrender of the PP? Or is there something else behind that we do not know?

By the way, I almost forgot, This pact has made the Mayoress behind the back of the Popular Party. Do the members of the PP think that the whole legislature of comparsas, without being able to open the mouth and in the second row ?.

All this will lead us to a very curious political situation in this city, and is that We will find a Town Hall governed at the same time by two mayors. One of them the official, and the other the real one, which will hold the command and impose its opinions. 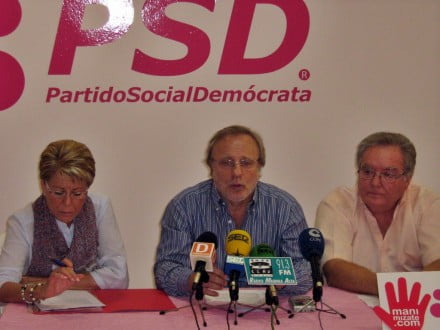 Mena Restaurant loose moorings: Now you can get back on board!

Muebles Martínez advises you how to decorate your house with the arrival of summer
more promotions Browse Contests
The weather in Dénia
Dénia
4 June, 2020