Dénia has since this weekend a luxury visitor, and never better said. The yacht Lady Moura It is docked at the port. 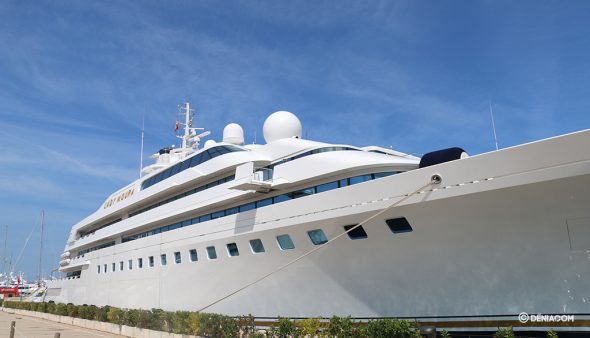 It is one of the most luxurious boats in the world. It belongs to Saudi businessman Nasser Al-Rashid and in its year of creation, 1990, was the ninth longest private ship on the planet. 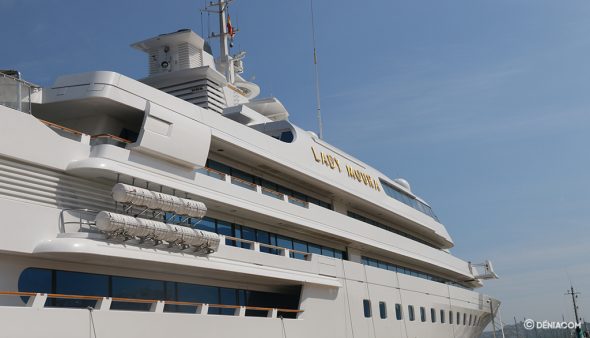 Luxury visit in the port of Dénia

It is valued at more than 200 million euros, being one of the most expensive in the world, and its cabins have been occupied by personalities such as former US President George HW Bush. 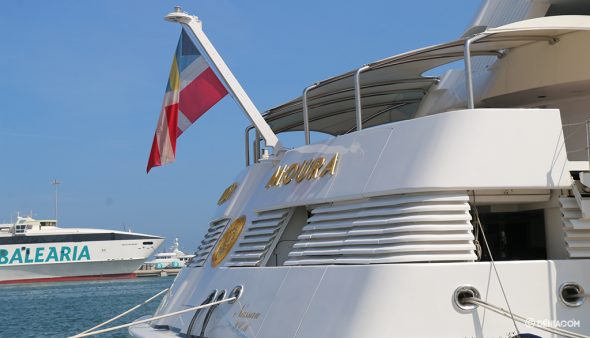 Letters and shield made in gold from 24 carats

Since his mooring, on Saturday afternoon, he has created great expectation among the dianenses neighbors, who have not stopped approaching the place where he is docked to immortalize the dazzling work of the Italian architect Luigi Sturchio, among which the name and shield visible on its surface, made with gold from 24 carats.