Several Shopping Centers in Spain join in the FIFA HYPE Station® tournament, among them Portal de la Marina. The shopping malls have not yet opened but are coming together to promote this online meeting after the success of the first confinement tournament. 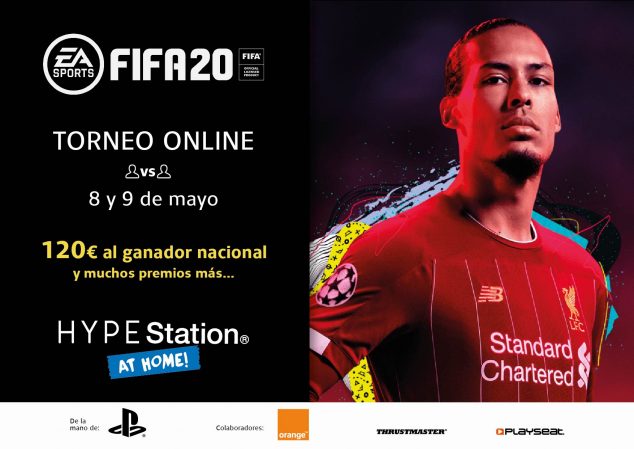 HYPE Station® convenes an online FIFA tournament, the second in this quarantine after the success of the first one that connected members throughout Spain through Fortnite. Because, although the Shopping Centers have not yet opened, they have come together to promote this event whose objective is to alleviate the confinement of the 34.000 members of HYPE Station® and anyone who wants to join the event. This new tournament will be held on May 8 and 9.

The event will be divided into two phases: a first phase in which partners will compete locally and a final phase in which the winners of each tie will compete nationally. Any player can participate from home and the winners of each center will receive prizes that they can collect once they return to normal. In addition, the final winner will receive € 120 prize, redeemable for purchases in the PlayStation store.

Users who want to participate will have to create an account in Battlefy and can register at this link. The tournament is free and is organized together with the Albacenter Shopping Centers (Albacete), Ànecblau (Castelldefels), As Termas (Lugo), El Rosal (Ponferrada), Gran Vía de Vigo (Vigo), Plaza Norte 2 (Madrid), DC. The Pier (Las Palmas de Gran Canaria) and the Baricentro Shopping Center (Barberà del Vallès).