About twenty containers from Dénia, La Xara and Jesús Pobre under the threat of a red traffic light due to misuse

The City of Dénia presented this morning its new initiative Think before you throw it away, with which they want the city to be "photo". 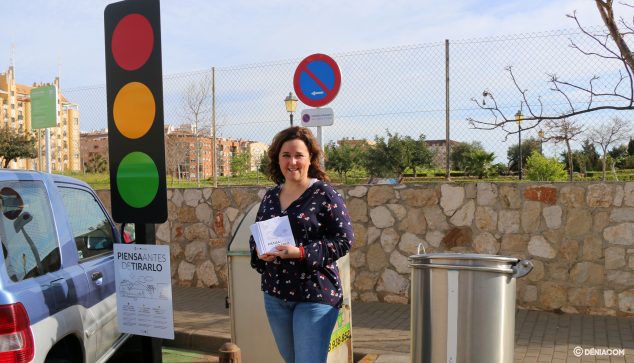 According to the Department of Ecological Transition, the council can all its efforts to make good use of the garbage service. To do this, they will distribute leaflets with a map that indicates several red dots in the municipality threatened to run out of service due to incorrect use of the service.

A new traffic light located in these conflicting locations will indicate if the service can be used, having had the proper use, or if it becomes a "corner of thinking" When it stays in red. To the "Having turned the citizen the garbage dump into a landfill, he is invited to think why". 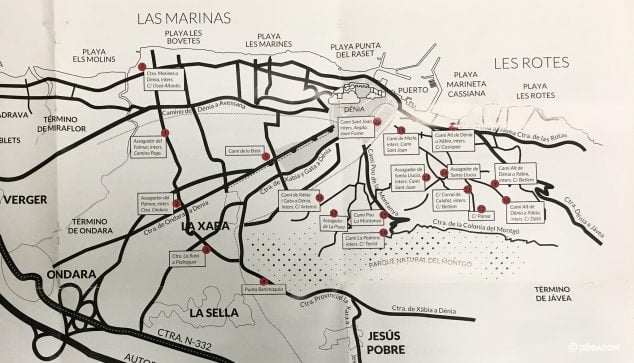 The Councilor for Ecological Transition, Maite Pérez Conejero, has insisted that with misuse they do not mean that it is recycled badly, but that they leave garbage bags, boxes or furniture out of the container when there are free services available such as the Ecoparc or the furniture collection service.

However, it is aware of the problems generated by the limited selective garbage collection service, which often causes recycling bins to be up. As a solution, he stressed that this service will be extended in the new specifications since they have been with it for 15 years, when people did not have such a habit of recycling and now, like their containers, they are overwhelmed.