La Calle Marques de Campo, main artery of the city of Dénia, was the magnificent stage for the dispute of the XLI Trofeo Santíssima Sang, which organizes the Club Ciclista Dénia. 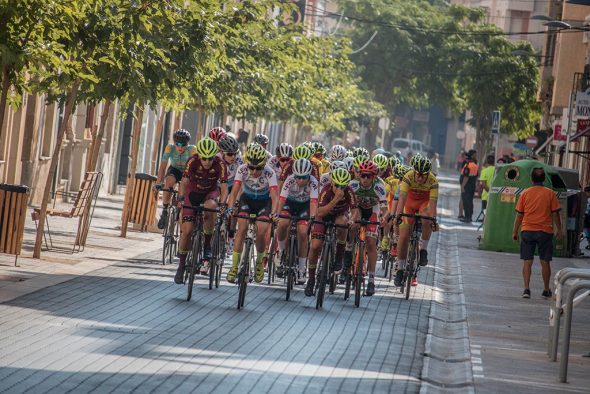 The morning began with the cadet category test where a great test was lived in which the fight and the honor was present during the 45 kilometers of the route. The Alicante judges did a fine job as they watched the two escapees from the race distribute the prizes of the flying goals, very shamelessly. Remember that these prizes are in cash. In the last lap, his choice was to enter the hand at the same time per goal. A decision aimed at the distribution of cash prizes by classification on the podium.

The judges referees of the race took the decision before these facts to disqualify both cyclists, reason why the prizes were for the following ones in the classifications. The decision was much discussed by the directors of the two affected cyclists, who wielded sportsmanship in their defense. The judges did not swallow and explained that the disqualification was due to a lack of competitiveness.

After this first race so broken in the disciplinary plane, the rest of the tests were developed according to categories.

The final classifications in the careers of Schools were the following: