A new more pedestrian normality, and at some points forever

The City Council held a press conference yesterday in which it showed its interest in the measures taken in the public space against COVID-19 being perpetuated in some cases. The local government, in this sense, has removed several spaces dedicated to the circulation and parking of vehicles. Similarly, places where battery parking was previously required are now arranged to do so parallel to the new expanded pedestrian lanes. 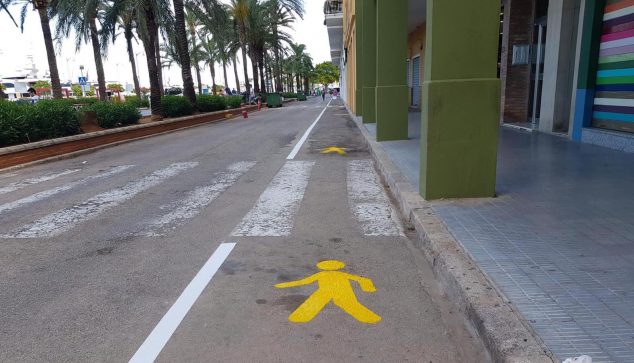 The intention was to promote the movement of pedestrians with enough space to maintain safe distances and, at the same time, grant permits so that the local hoteliers can reopen terraces on public roads.

Now, the City Council admits that some of these new spaces for pedestrians could remain that way once the health crisis ends. Mayor, Vicent Grimalt, He has stated that it will not be in those cases such as the Paseo Saladar where the occupied space is clearly a parking space, but it could be in areas such as Calle la Mar or Diana where vehicles were previously parked on batteries and now in parallel. This is due, according to assures, that in those sidewalks it was very difficult to circulate already of normal by the little width that they had.

In the case of the Esplanade Cervantes, Grimalt leaves the decision in the hands of Ports, which is the one with which they have agreed on their current structure. Also in relation to Marqués de Campo he has preferred to maintain the suspense, but admitting that his government is in favor of the perpetual pedestrianization of the main artery of Dénia.