Throughout 2013 twenty years of the death of the poet Vicent Andrés Estellés are celebrated, and Dénia wanted to join the celebration of this event, promoted by the Valencian Academy of Language. The councilor for culture, Pepa Font, he met at the town hall with the secretary of the AVL, Verònica Cantó, and the academic Honorat Ros to specify the events to be held in the city. 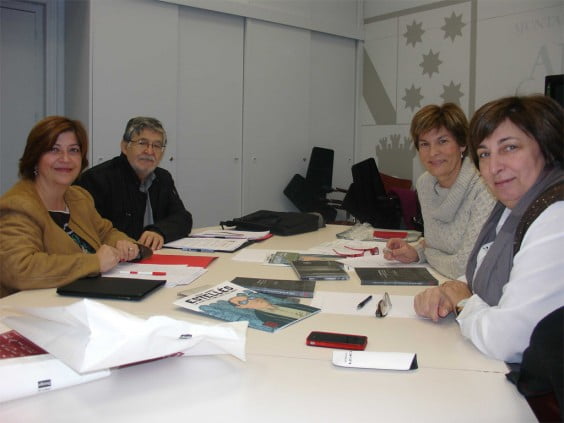 Thus, on February 4 the exhibition will open Vicent Andrés Estellés, chronicler of records i d'espérancesOrganized by AVL in Municipal House of Culture which will be open until February 9.

Responsible for culture has moved to the members of the AVL the intention of his department to organize during activities around the figure of Estellés in schools of the city in the municipal public library (the account children's stories next 6 February will be dedicated to the author) and its regular programming, as well as agree to hold an official ceremony in honor of the poet.