A total of 180 cyclists took part in the XXXVI Blessed Blood Cycling Trophy that was held at the Calle Marques de Campo. A substantially lower than in the previous edition figure, but the coincidence with up tests has prevented this be greater. 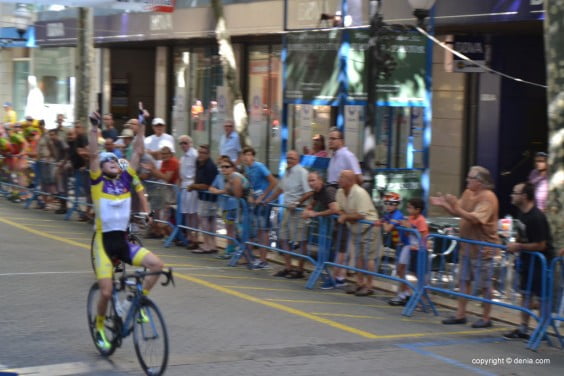 The morning began with cycling test cadet category, which shined corridor, Enrique Vidal, the ESEBE-Valencia Terra i Mar team since managed to take the three sprints that took the race. The final winner of it was Raúl Taengua of Gandia-Jorge Canet which clearly won the sprint. In female category was the best Sofia Rodriguez and team victory went to Jorge Gandia-Canet. 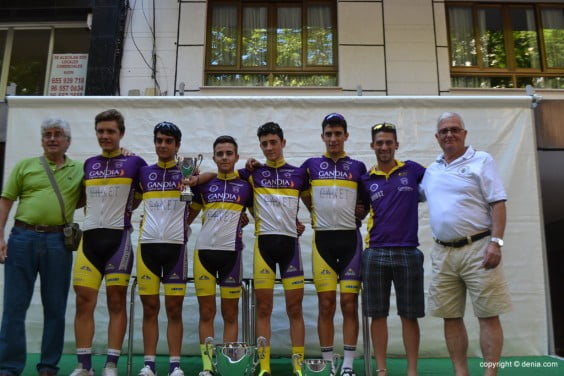 After the first race took place gimkhana which was won by Gaspar Lloret. After racing schools began with the category in which 1 Promises won, Pablo Machancoses and females, Leyre Almena. They promise category 2 triumphed; Jaume Lloret and Carmen Sánchez.

The awards ceremony was presided over by the mayor of Dianense sports, Juan Carlos Signes whom he accompanied on the podium to give rewards, president Club Ciclista Dénia, Miguel Sivera. 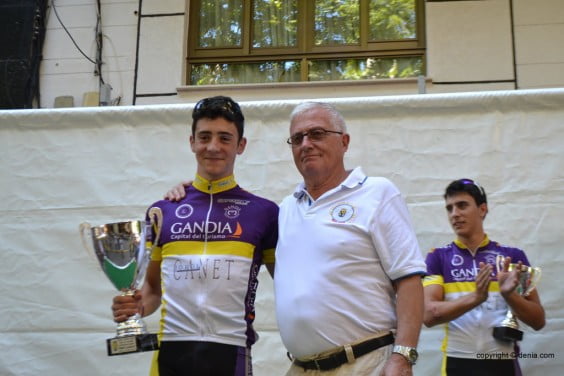 To highlight the large number of spectators around a thousand filled the street Marqués de Campo and did not stop to encourage all participants.