This afternoon there was a rescue in one of the coves in the Les Rotes de Dénia area. The Red Cross lifeguard who was guarding the post near the restaurant Mena It was thrown into the sea after sighting a man caught on a rock, who could not approach the shore due to the waves.

Apparently, the swimmer who was swimming, despite waving the yellow flag by waves, in this maritime area of ​​Dénia, has been surprised by a strong wave that prevented him from leaving the sea. The man, tired of swimming against the storm, but without suffering injuries at any time, has caught himself on a nearby rock. 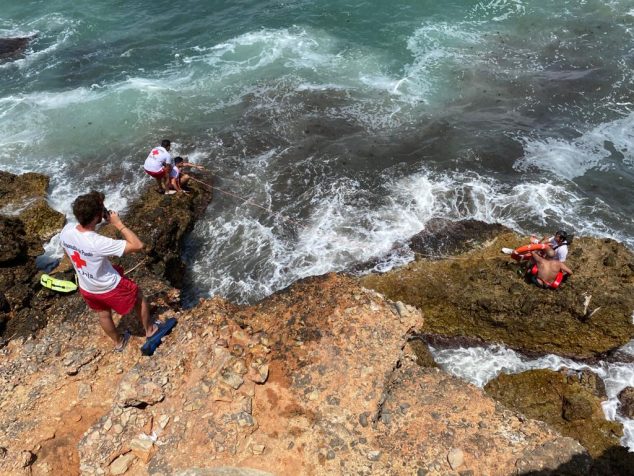 At this time he has been seen by the lifeguard, who has come to his aid but both have not been able to reach the shore. Several rescuers from nearby beaches have also helped in the rescue of both, but finally it was the Red Cross jet ski that is in the Marineta Beach Casiana who has gone to rescue them by approaching them in an area with less storm.

Lifeguard and bather were in perfect health and did not have to be transferred to the hospital. Note that shortly after, the flag has become red, due to the poor condition of the sea.